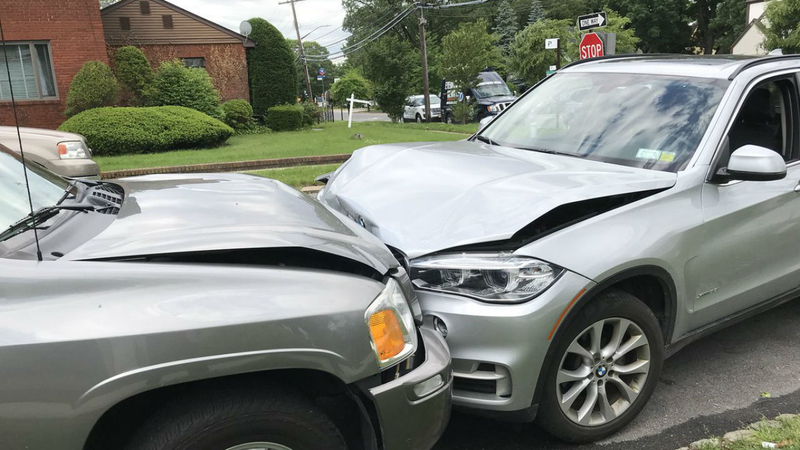 ST. ALBANS, Queens (WABC) -- Police are questioning multiple suspects after a teenager was injured in a hit and run in Queens.

Authorities say a stolen BMW was racing down Linden Boulevard when it turned the wrong way onto 175th Street just before 10 a.m. in the St. Albans section.

Officials say the vehicle rammed into another car after turning off Linden Boulevard. Witnesses say before that wreck, the SUV struck a 15-year-old as he was crossing the street.

Family members said the teen, Jeremy Hutson, flipped onto the hood of the car, but his fall was cushioned by some nearby grass.

Authorities are questioning two out of three of the teenagers who ran from the scene of the crash into a backyard.

The victim's family is pleading with those responsible to turn themselves in.

"Life is crazy, how could you want to escape from the police," the victim's uncle, Orin Hutson, said. "You turn up a one-way, you hit the child, you jump out and get away -- that's not cool."

Stacey Sager has more on the 15-year-old injured by a stolen BMW in Queens.