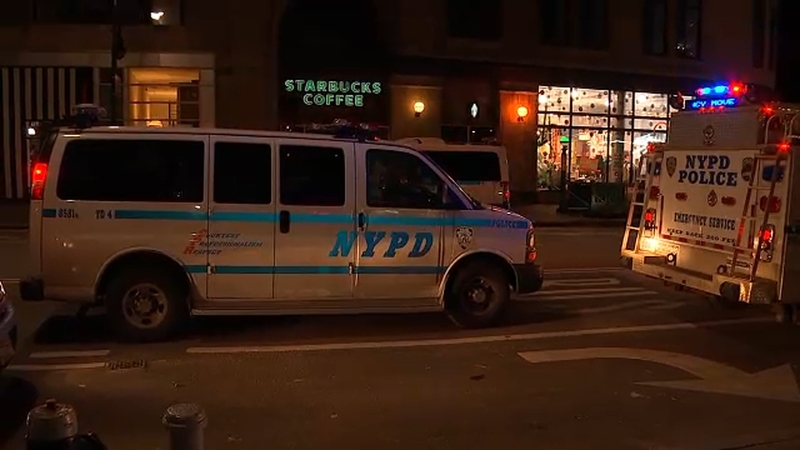 CHELSEA, Manhattan (WABC) -- A man sleeping at a Chelsea subway station with his dog was stabbed in the leg during a dispute, and his Rottweiler was also injured.

Police say the 34-year-old victim was sleeping on a bench at the 14th Street station when he got into a dispute with another man around 4:15 a.m.

The dispute escalated, and authorities say the suspect stabbed him in the calf.

The victim was taken to Bellevue Hospital with a non-life threatening injury.

The dog also sustained a slash to his hind leg.

The suspect, armed with a knife, fled onto the street.

He was described as a black man wearing black pants and a brown jacket and a black hat. He was accompanied by a woman