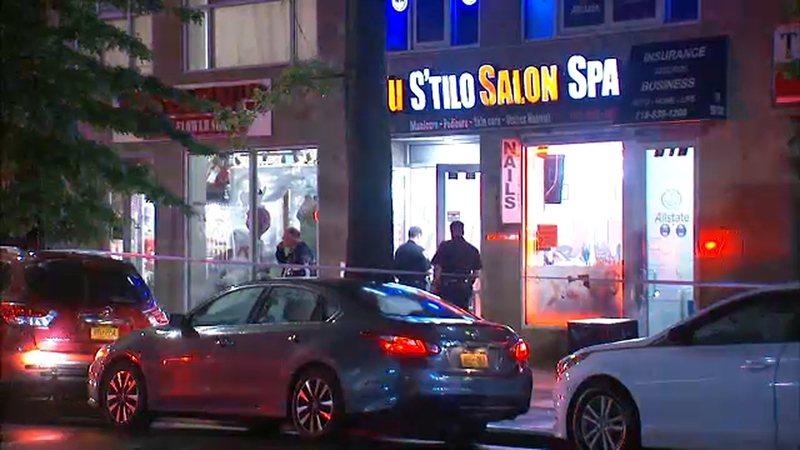 JACKSON HEIGHTS, Queens (WABC) -- A man in Queens is under arrest after police say he entered a hair salon Wednesday night and fatally stabbed his wife who worked there.

Authorities say the 39-year-old suspect entered Tu S'tilo Salon Spa in Jackson Heights just before 7 p.m. and stabbed his 35-year-old wife multiple times in front of her co-workers and other customers inside.

The woman was transported to Elmhurst Hospital where she was pronounced dead.

Salon employees say the woman had been working there for approximately 4 years. Her identity has not yet been released.

The suspect was taken into custody without incident.

The motive for the killing remains under investigation.