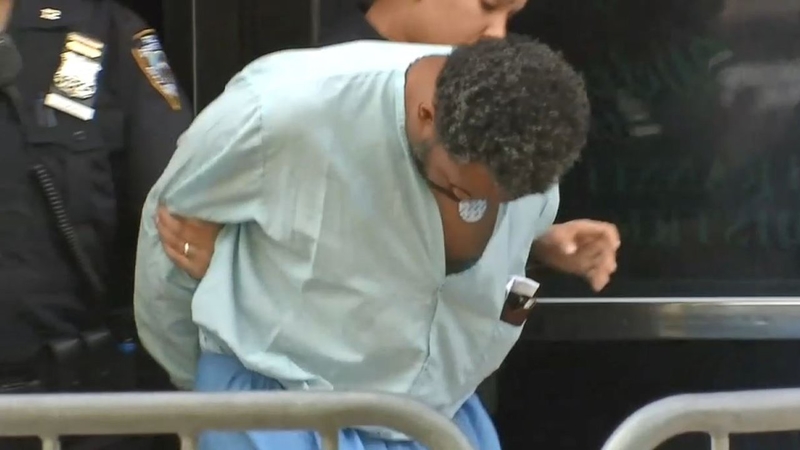 2 women stabbed on subway in Bronx, one woman pregnant

LONGWOOD, Bronx (WABC) -- A pregnant woman and her friend were stabbed while riding the subway in the Bronx Thursday.

Good Samaritans came to their aid, resulting in a quick arrest.

"These people are chasing the perp," police said over their radio. "We have the perp in custody, we have two females, they've been stabbed. One stabbed in the neck, the other stabbed in the underarm."

Officers rushed up to find the passersby holding the suspect after he fled the train. Among those who stopped him was a man named George.

It all started just before 7 p.m. on a northbound no. 2 train at Prospect Avenue in the Longwood section.

Authorities say the 24-year-old pregnant woman and her friend, 21, bumped into the man while sitting next to him.

The argument turned physical, and police say the man took out a knife and stabbed both women.

"I see women on the bench bleeding profusely, and I told them to put something on her neck," George said.

The victims were both taken to Lincoln Hospital in critical but stable condition.

A knife was later recovered by police on top of a roof near the elevated train station.