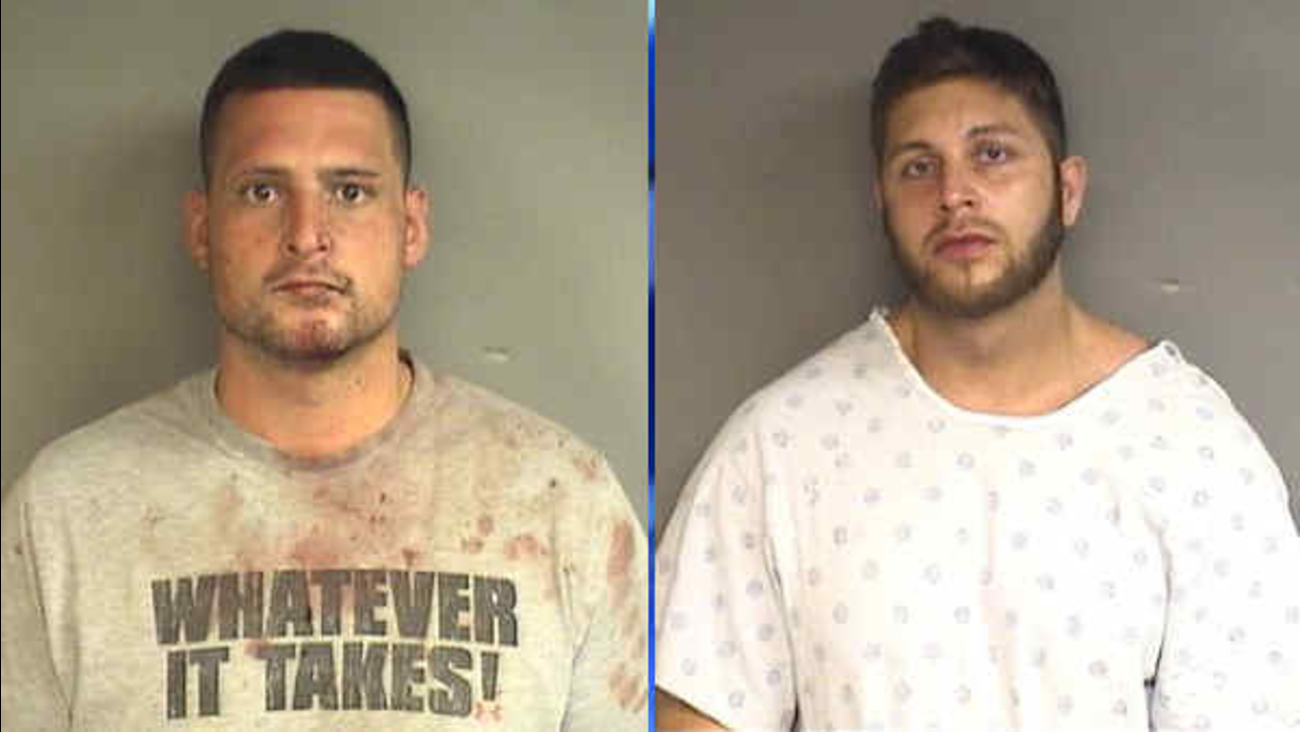 The incident happened just after 11 p.m. on Alton Road in Stamford.

Authorities say the two suspects, identified as 32-year-old Joseph Donofrio and 31-year-old Michael Polizzi, knocked on the door and told the victim they had backed into his car outside and wanted to report it.

They then allegedly launched a bloody attack on the victim, bringing him into the house before a prolonged assault.

At one point, police say the victim got a knife and stabbed Donofrio in the arm. The assault then spilled outside the house, where a neighbor heard screams and calls 911.

Officers responded and arrested Donofrio fleeing the scene. They found Polizzi hiding under a van.

Both are charged with assault, robbery and home invasion. They are being held on $500,000 bond each.