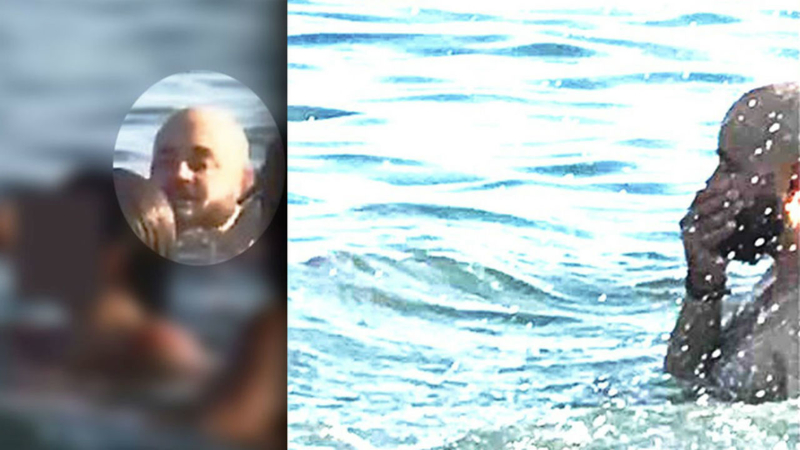 STAMFORD, Connecticut (WABC) -- Stamford police have released photos of a man they say groped two 9-year-old girls on Labor Day. Detectives are asking for the public's help in identifying the suspect.

Police say the man touched the two young girls inappropriately in the water. The girls told their parents when they returned to shore.
Police say a key part of their investigation is a video recorded by the mother of one of the children while the girls were swimming which also shows the bald, bearded man.

"We actually have the suspect on video," Stamford Police Lieutenant Thomas Barcello said. "It's a little bit from a distance, decent quality, but (it) caught him inside the video frame."

Anyone with information is asked to call Stamford Police.