Stand-up comedy amid the #MeToo, Time's Up movements 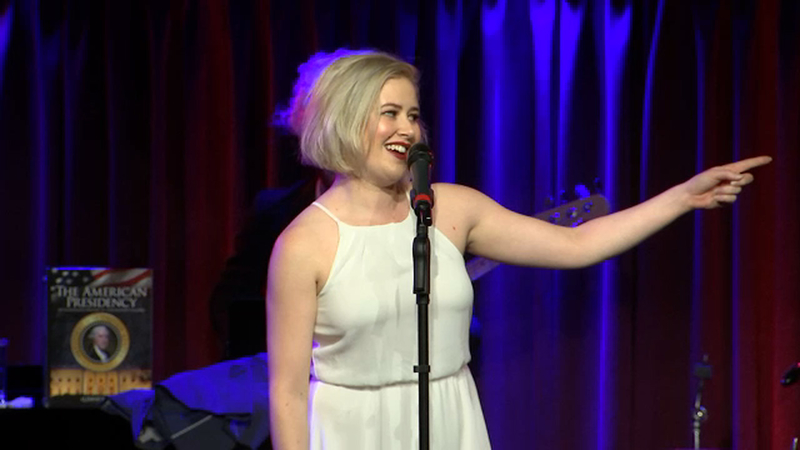 Stand-up comedy amid the #MeToo, Time's Up movements

MIDTOWN, Manhattan (WABC) -- Male comics have been minding their manners in the wake of the #MeToo movement, while female comedians are making jokes at the expense of guys and using their stand-up acts as a platform to remind all of us there is nothing funny about sexism.

So what's happening here? I went to a couple of clubs to find out.

At the Green Room 42, Ellie MacPherson is a female comic looking for laughs after so many women said me too and time's up when it comes to sexism and sexual harassment.

"(It) has emboldened me to create my own content from my personal perspective as a female," she said. "Female comics are becoming less afraid to speak about the inequalities that we have endured."

Ironically, this liberation has come after other women were victimized, after Bill Cosby was found guilty of sexual assault, and Louis C.K. was accused of the same sort of sexual abuse that he used to joke about.

Club owner Caroline Hirsch has noticed the effects of that on her stage.

"When a male performer goes on, I think that he really does check himself about what he can say right now at this moment," she said.

Hirsch, who owns Carolines in Times Square, talked about a leveling of the playing field, because men must be more careful while female comics can be more honest.

As MacPherson tells her audience, "What can you identify with if it's just a bunch of dudes being dudes drinking beer?"

The face of the future is in Midtown and everywhere jokes are told.

"I've been doing this for 35 years," Hirsch said. "And when I started, there were a handful of female comics that could really play the room. Today, there are so many young women who want to be in this business and want to be funny."

And what the audience finds funny is changing too, as jokes once considered permissible are now deemed unacceptable. So if men in particular go too far in certain areas, they risk crowds turning against them.