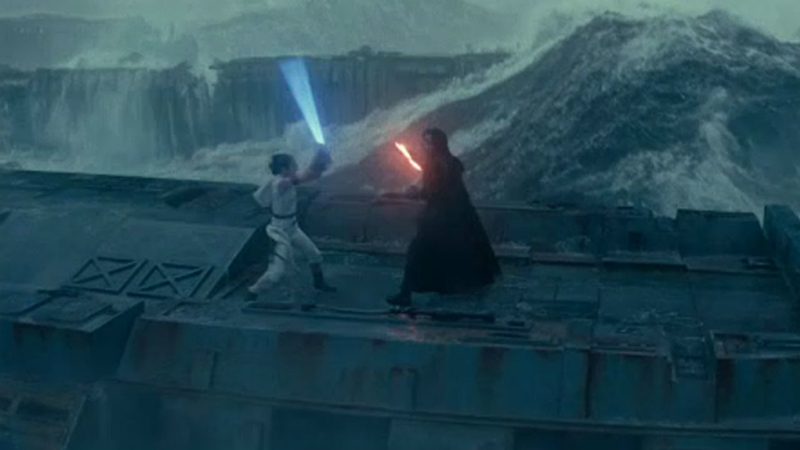 NEW YORK (WABC) -- Call it a milestone in movie history: the end of a franchise that has grossed more than $22 billion when the total figure is adjusted for inflation. The Star Wars saga concludes with "The Rise of Skywalker."

"I wasn't involved obviously in the earlier movies," John Boyega said at the premiere this week in Hollywood. "But to just be a part of such a jigsaw puzzle of such a legacy is absolutely insane to me."

The stars of the final trilogy have been working together for half a dozen years now so the Hollywood premiere of the Star Wars finale was a rite of passage for them.

"It just feels like we just climbed to the top of the mountain so there's a lot of relief," said Oscar Isaac on the red carpet. 'It feels like we finally made it, and I'm sure in the next few days I'll start to feel a little melancholic over the whole thing."

Co-star Daisy Ridley is sad right now and said she "cried earlier like ugly for like half an hour."

Those who have brought new life to this franchise share the screen with members of the cast from the past, like Billy Dee Williams who reminisced that it's been, "a great adventure, but at the same time it touches on the whole question of good and evil, the whole question of dark and light: outside of ourselves but also the battle we have within ourselves."

Early reviews of the movie have been mixed, but it sparked my interest. I am by no means the biggest fan of Star Wars, but a new display at the Dolby store in SoHo definitely got me in the mood to watch after staffers allowed me to duel with realistic lightsabers. Elsewhere a maze of vertical panels display every lightsaber duel from each of the Star Wars movies.

This is work for me, but it sure seemed like fun! In fact, I might sneak back to Dolby SoHo and make like a Jedi on my own time, but it's not going to cost me a dime because this experience is free and free for you too.