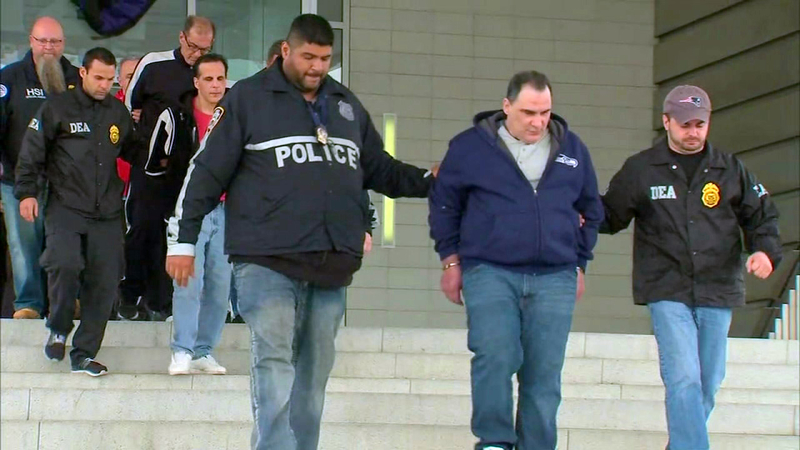 The U.S. Attorney's Office said eight people were arrested on Staten Island and Brooklyn, and the other was picked up in Arizona.

Prosecutors said the arrests came from a long-term investigation into heroin and oxycodone trafficking on Staten Island. The investigation started after a confidential source worked with law enforcement to buy heroin from Michael Calabria, who is charged in the case.

** WEB EXTRA: Watch video of police walking the suspects in the player above **

The investigation was a joint effort by federal and local law enforcement agencies.

"As alleged, these individuals distributed heroin and oxycodone in their own community, and by doing so they endangered the lives of those who live and work around them by contributing to the supply of highly addictive narcotics that have led to numerous overdoses and deaths," NYPD Police Commissioner James O'Neill said. "The NYPD is committed to holding accountable those who are responsible for this deadly flow of poison and ensuring they are brought to justice."

Prosecutors said the ring sold heroin and/or oxycodone from September 2016 to January 2017.