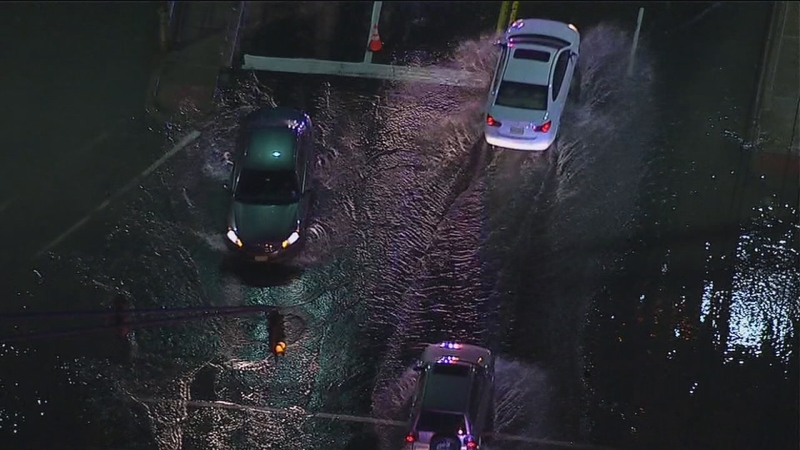 The break was on 16th Avenue at Willow Avenue, on the way to the Lincoln Tunnel from downtown. It could lead to backups later in the morning.

The Willow Avenue Bridge remains open. Water was accumulating on side streets, but they also remained passable.

SUEZ North America was working on the break, which appeared to come from a nearby soccer field.

One was at Hylan Boulevard and Arbutus Avenue. Lanes on the busy road were closed by a 24-inch water main break.

Later, Hylan was down to one lane in each direction as crews dug in the street.

All consumers in the area have running water.