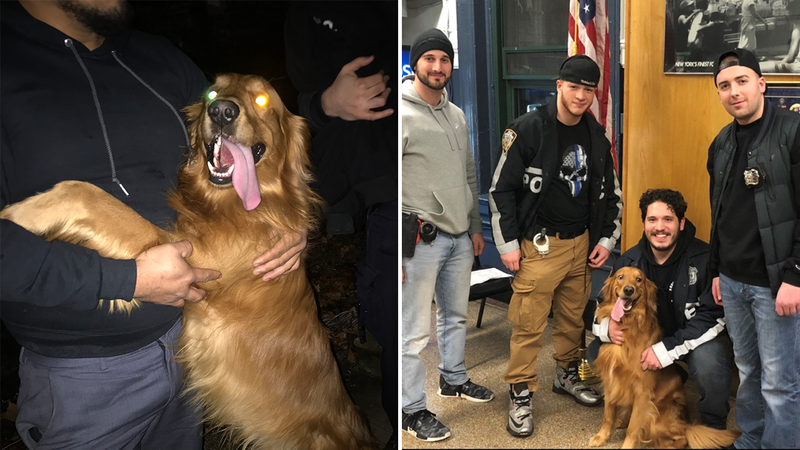 GRAVESEND, Brooklyn (WABC) -- NYPD officers investigating burglaries in Brooklyn were unexpectedly greeted by a stolen Golden Retriever after they knocked on a suspect's door.

Officers Nicholas Occhipinti and Anthony Brucato were tasked with investigating the burglaries near West 12 Street and Highlawn Avenue in Gravesend and obtained surveillance video from one of the victims.

The cops said they recognized the man in the video as 23-year-old Cory Gaudio, a person they previously arrested, and headed to his home on Thursday. After knocking on his door, Gaudio answered, and a dog ran up to the door to greet the officers.

Occhipinti and Brucato suspected that the dog was Scooby, a Golden Retriever who was stolen during one of the burglaries. They also noticed several more stolen items in plain view.

Scooby was reunited with his owner shortly after he was found.

The NYPD suspect that several recovered items in the photo below were taken in previously unreported crimes. The investigation remains ongoing. 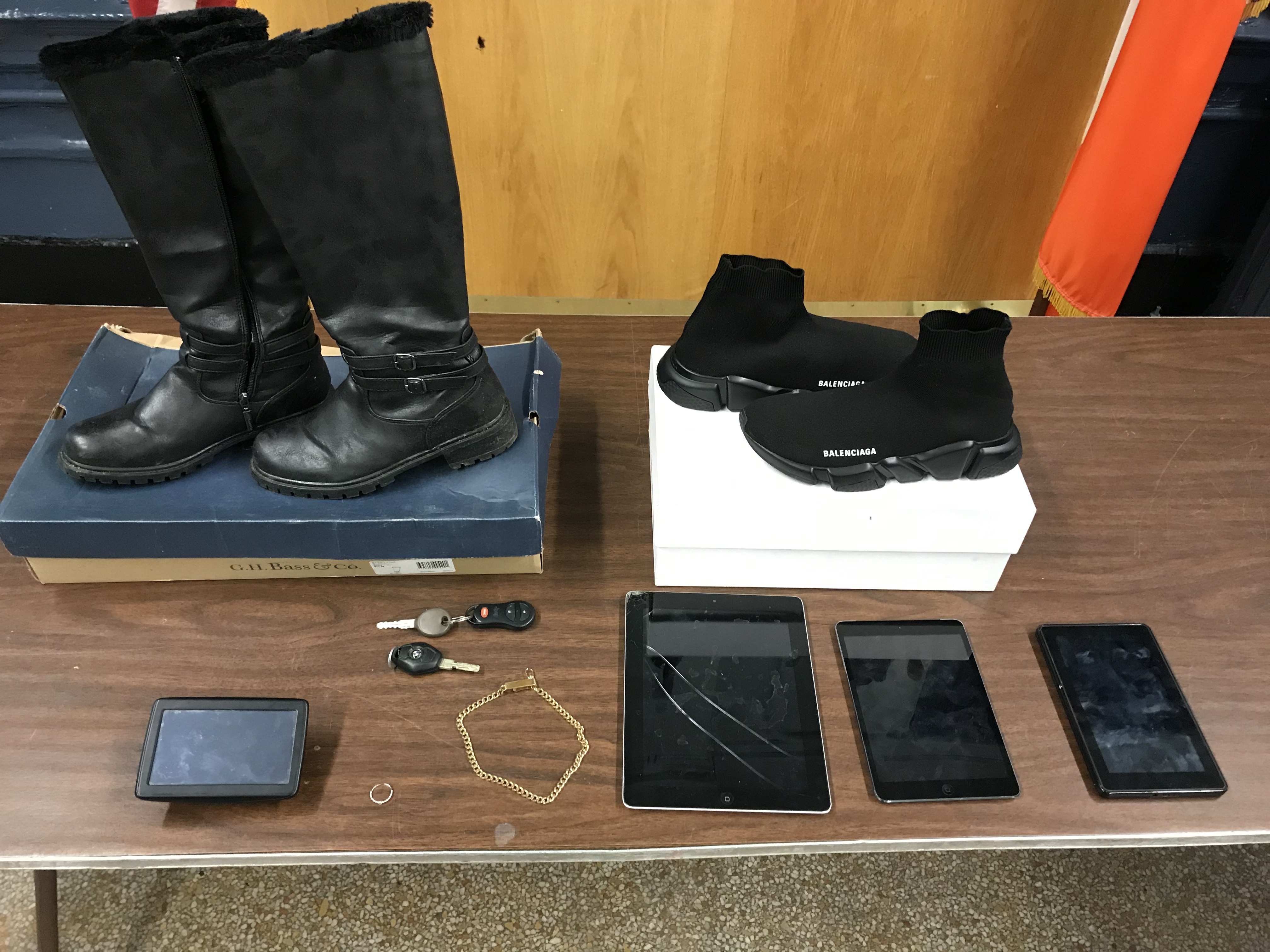