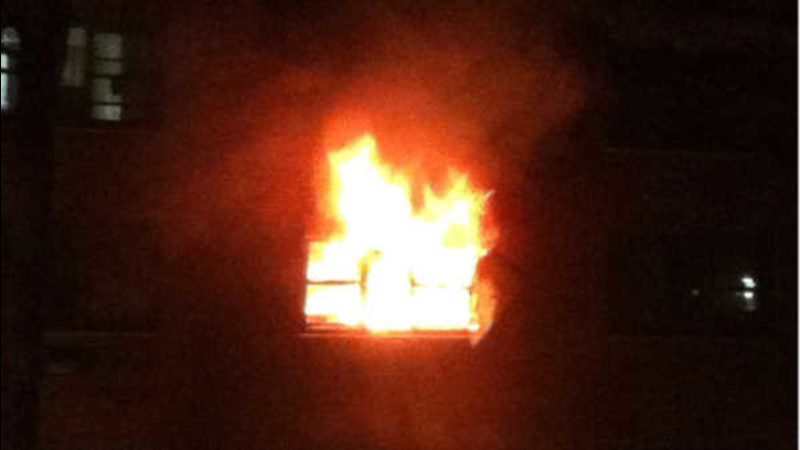 STONY BROOK (WABC) -- Dozens of students were displaced after a fire broke out at a second floor dorm room at Stony Brook University.

The fire broke out around 7 p.m. Saturday in the O'Neill dormitory. It took firefighters about an hour to get everything under control.

"I mean, it was pouring out the room. There's black marks all the way up that side of the building," said student Riley O'Connor.

Fire in O'neill dorm at Stony Brook University displaces dozens of students. No injuries. Cause under investigation. pic.twitter.com/VO5ebGGGRO

Students who were inside when the fire broke out say most of them thought it was a fire drill. Joseph Mulder left his dorm room wearing shorts, and he is now wondering where he will stay. He lives in a room right where the fire started.

"I want to know if my stuff is okay. I don't know if there's any water damage, or how far the fire went in," says Mulder.

Luckily no one was injured, but it is unclear how long students will be displaced.

School officials say the fire does not appear to be suspicious, and that many students living on campus have already gone home for Thanksgiving. The cause of the fire is still under investigation. Police say the students who live in the dorm room where the fire occurred were not inside when flames broke out.

"There was a fire in the room. The contents of the room were certainly on fire, but again, luckily due to the quick actions of the fire department, and the fire proofing in the building, it was contained to that one room," says Stony Brook Assistant Chief of Police Lawrence Zacarese.