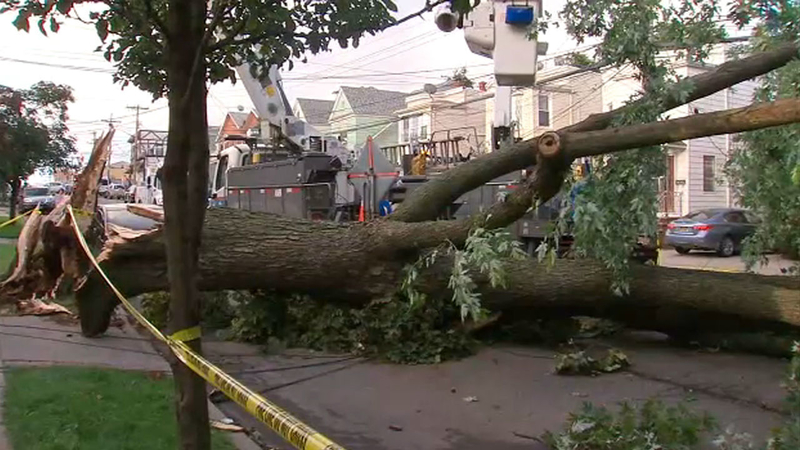 COLLEGE POINT, Queens (WABC) -- The National Weather Service confirmed that an EF0 tornado touched down in Queens, causing damage to homes and knocking down trees and power lines across the College Point section.

The tornado touched down around 10:20 p.m. near Saint Fidelis Catholic Church on 14th Avenue. It traveled along a path just short of a mile, where it knocked down at least 50 trees with estimated winds of 70 to 85 miles per hour.

The tornado strengthened as it moved toward Powell's Cove Park, moved along the shoreline and dissipated just before reaching 138th Street, NWS reported. It peeled the siding off several homes in its path.

Tornados in New York City are a rare occurrence. The last tornado to touch down in Queens was in 2013

127th Street in College Point was blocked by a downed tree. Caution tape blocked many roads off until crews can remove the downed trees or fix the power lines.

"We noticed that there was heavy, excessive rain and when we looked out the window there was wind, it was not like normal wind or like a normal regular thunderstorm," a resident said.

In New Jersey, storms caused damage when a tree crashed into a home in Glen Brook.
EMBED More News Videos