WABC
By Eyewitness News
PARKCHESTER, Bronx (WABC) -- A street in the Bronx was renamed Wednesday in honor of an NYPD sergeant killed in the line of duty.

The sergeant's wife Lisa and two sons attended the ceremony along with many NYPD officers.

Lisa Tuozzolo called the shooting "a horrific tragedy that tore through her world."

"He was a kind, gentle soul and nothing could rattle him," she said. "In the most challenging of situations, Paul's favorite thing to say was, 'Easy peasy', or 'I've got this.' I've heard from his friends and co-workers over the years about his calm demeanor and easy disposition. That was the man I knew, the man I loved, and he will always be my hero, our hero."

Sergeant Tuozzolo was shot and killed last November while responding to a call of a man with a gun in the Bronx.

He warned his fellow officers that the suspect had a weapon.

Another sergeant was grazed in the leg with a bullet but was not seriously hurt because he was given the initial warning.

On Monday, a park in Huntington, where Tuozzolo lived, was also renamed in his honor.

He and his wife were raising two sons in Huntington. Tuozzolo, who was 41, would have been eligible to retire this year.
Report a correction or typo
Related topics:
new york citymassapequanypdfuneralnypd sgt tuozzolo killedofficer killed
Copyright © 2021 WABC-TV. All Rights Reserved.
RELATED 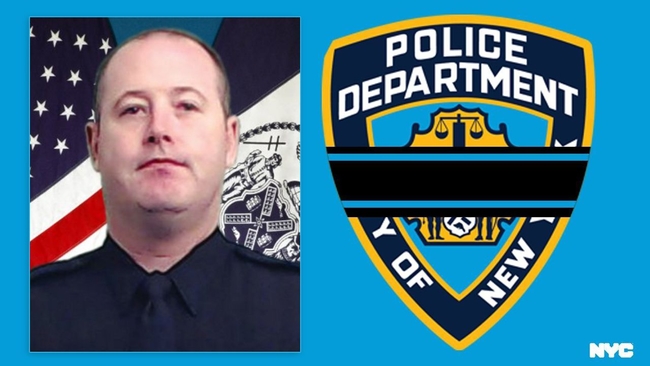 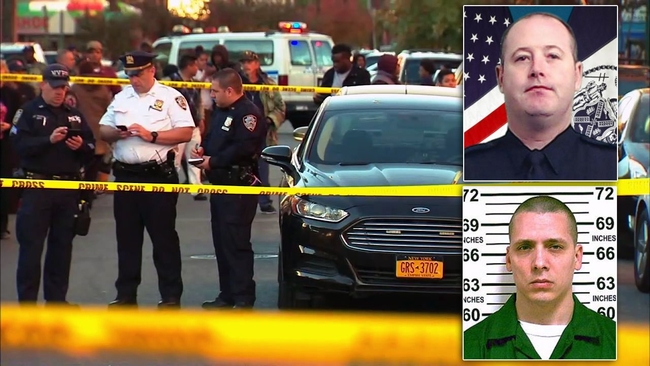