Most stressed states in the US revealed in new report 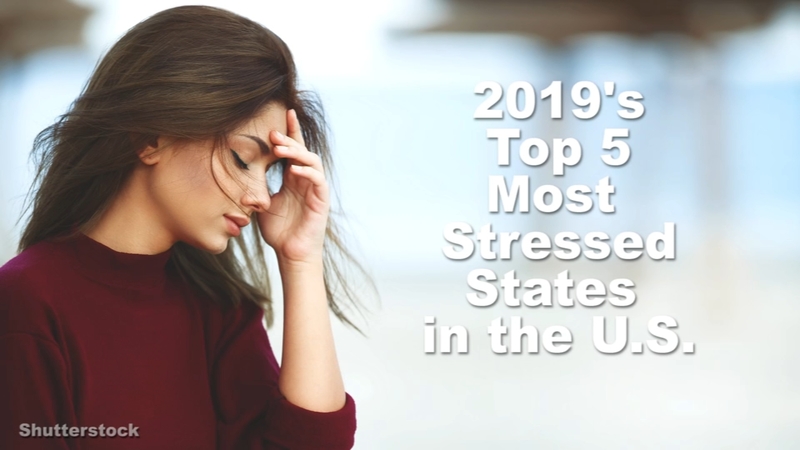 Most stressed states in the US revealed in new report

America's stress levels have been on the rise since they hit a low point in 2016, and several factors - like the future of America, money, and healthcare costs - have contributed to that rise.

According to WalletHub, some states are trying harder to decrease stress levels than others. The personal finance site's newest report on the most stressed states in the U.S. shows which areas of the country are failing or succeeding at keeping their citizens at ease.

WalletHub compared all 50 states across 40 key indicators of stress to determine the rankings, and Louisiana came in at No. 1 as the overall most stressed state in the country. The Bayou State also ranked high in the stress categories featured in the report. It ranked as the state with the second-highest level of work-related stress and the third-highest level of money-related stress.

Mississippi ranked as the second most stressed state, followed by Arkansas, Kentucky, and West Virginia to round out the top five.

Illinois landed near the middle of the list as the 24th most stressed state in the U.S, but it looks like Illinois workers may still need some extra vacation time--the state has the ninth-highest work-related stress level.

If you're looking to kick back and relax, Minnesota may be the place for you. The Land of 10,000 Lakes ranked as the least stressed state in the country.