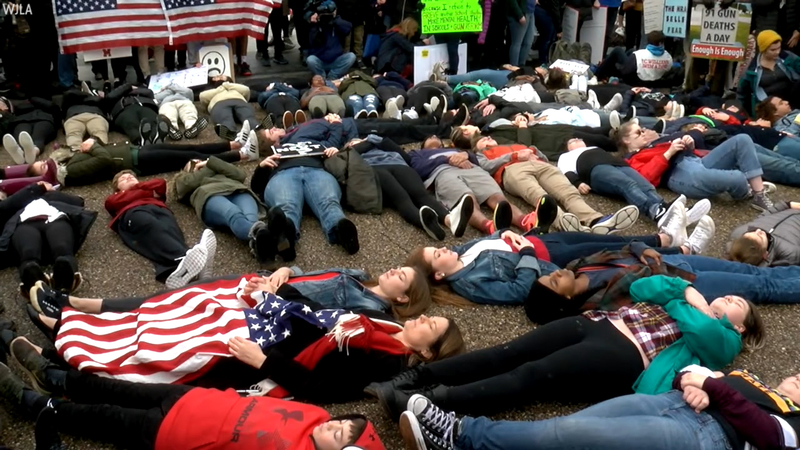 Washington D.C.-area students staged a lie-in demonstration in front of the White House on Presidents Day calling for gun reform in the wake of the Florida school shooting that took 17 lives.

The organization, called Teens for Gun Reform, said in a statement, "We call on President Trump and leaders from both parties to finally act in the interest of America's youth and end these tragic mass shootings!"

Members of the group held signs and American flags while dozens lay on the ground in solidarity with the victims of the mass shooting in Parkland, Florida.

A demonstration in Washington called the "March for Our Lives" is being organized for March 24 by students of the Marjory Stoneman Douglas High School, where the shooting occurred. Other demonstrations have also been planned by students around the U.S.
Report a correction or typo
Related topics:
school shootingprotestparkland school shootinggun controlmarch for our livesgun violencethe white houseu.s. soccer
Copyright © 2021 WABC-TV. All Rights Reserved.
PARKLAND SCHOOL SHOOTING

'After Parkland' doc reflects on 2-year anniversary of shooting