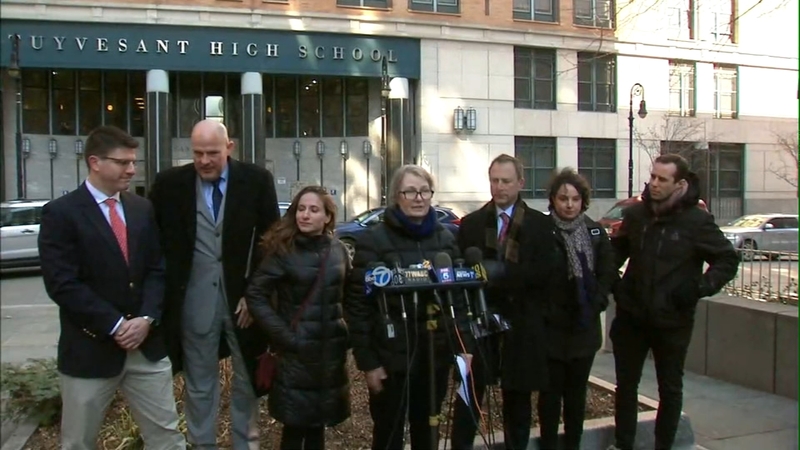 BATTERY PARK CITY, Manhattan (WABC) -- Two health care forums are being held at Stuyvesant High School and are open to anyone who lived, worked or went to school around the World Trade Center on 9/11 and the weeks and months that followed.

"I just remember the air was so thick it was almost suffocating," said Tal Beery, a former student at Stuyvesant High School.

Beery and others who went to school through the chocking smoke and dust-filled air after the twin towers collapsed are now dealing with illnesses that could be tied to the toxic debris.

"I only have mild asthma. Some people have it far worse than I do," he said.

"In 2016 I was diagnosed with Hodgkin's Lymphoma," said Shoshana Dornhelm, also a former student.

Some have developed cancers and respiratory conditions, like many first responders.

"We're trying to make sure everyone whose health was affected by 9/11 related exposure knows that they can apply to the World Trade Center Health Program to get medical care that they need," said Kimberly Flynn, Director of 9/11 Environmental Action.

Students and others who have battled illnesses in the past 16 years are now coming together with former teachers and education labor leaders to alert others in health forums that they might be eligible for health care and compensation under the James Zadroga Act.

"The severity of the illnesses we are going to see is only going to increase. I think the frequency of illnesses is going to increase as well. We have the longest lives to live with this exposure of anyone who was exposed," said Lila Nordstrom, a former student.

She started StuyHealth, a resource for the thousands of students that were asked to return to the school not long after 9/11 and long before the cleanup was finished.

The health forums, two this Thursday, are to educate survivors about their health care rights and options and possible compensation.

"It hadn't occurred to me that they would be available to me and to residents and teachers and everyone who was here," said Shoshana Dornhelm.

Many who have registered for health care have also joined others seeking compensation.

"The Compensation Act is $7-billion dollars. They have already given away $3 billion to 14,000 people," said Michael BARASCH, a victim's rights attorney.