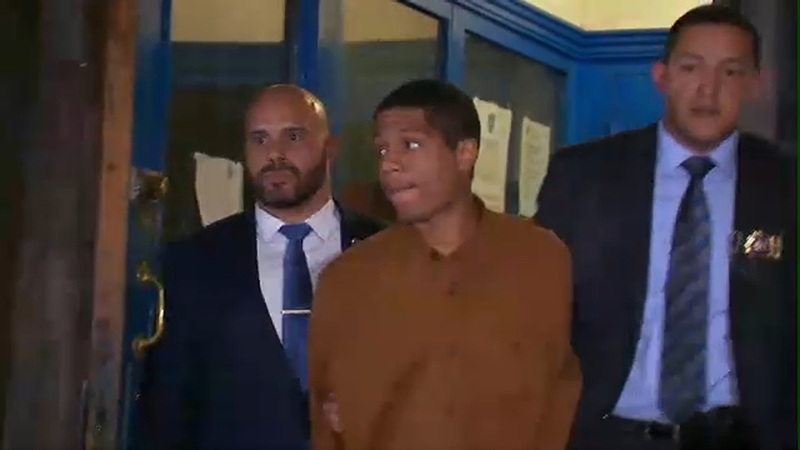 23-year-old Edgar Rodriguez is charged with endangering the welfare of a child, menacing, and criminal possession of a weapon.

With his toddler in a stroller, Rodriguez was caught on camera menacing a family with their own young child and threatening them with a knife, authorities said.

The victim wants to be known only as 'Robson', and says he and his family were traveling on an uptown train through Lower Manhattan when, as the train pulled into West 4th Street, he watched Rodriguez hit his son.

Robson said something and that's what set him off.

Police say Rodriguez turned himself in and confessed.