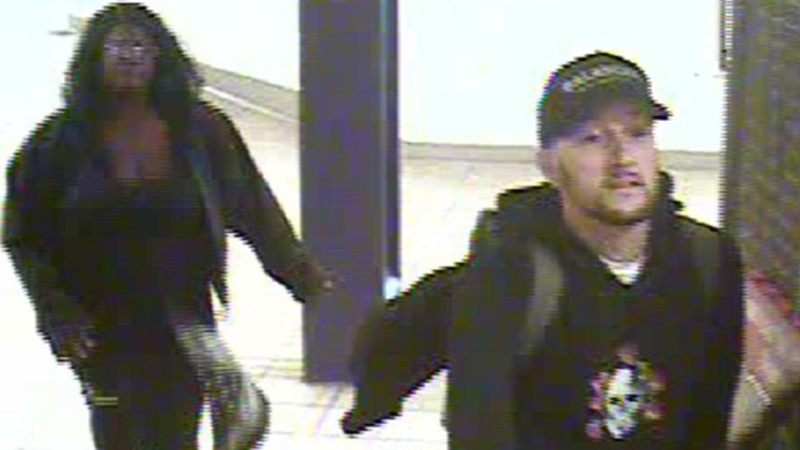 Search for man who attacked woman at Queens subway station

LONG ISLAND CITY, Queens (WABC) -- Police are searching for a woman and a man behind a robbery and assault at a subway station in Queens, and they're hoping surveillance video will lead to arrests.

It happened just around 3:45 p.m. on Saturday, March 13, at the Queens Plaza Subway station.

Police say the suspect was walking down the stairs saying out loud, "If someone looks at me I'm gonna punch them in the face."
EMBED More News Videos

Authorities say the pair then approached the 23-year-old victim and threw her to the ground before grabbing her iPhone and fleeing into the subway station.

The video shows the female suspect dragging the victim by her hair, with the man grabbing the phone off the ground. It also shows the woman jumping the turnstile before opening the emergency door to let the man through.

The victim was transported by EMS to Mount Sinai Hospital - Queens in stable condition with injuries to her face and head.