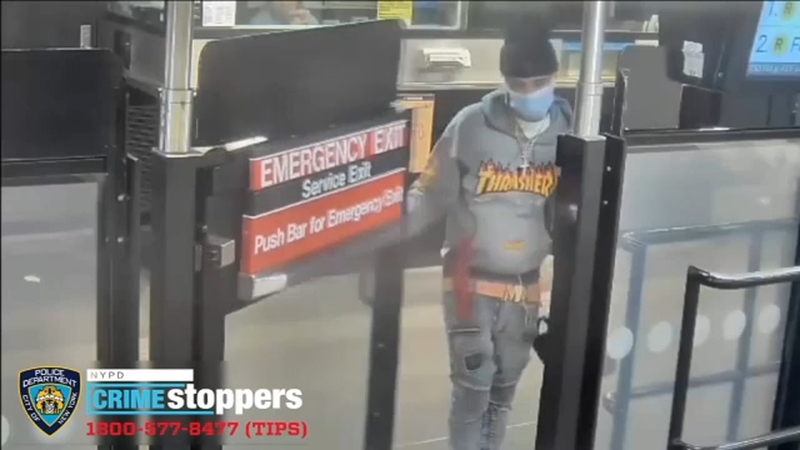 BROOKLYN, New York (WABC) -- A search is underway for a man who struck a teenager in the head with a glass bottle while on a subway train in Brooklyn.

Police say the 18-year-old woman and the suspect got into an argument Wednesday at around 8 p.m., while on a northbound "N" train.

The man then grabbed a liquor bottle, hit her on the forehead with it, then got off the train at 4th Avenue and 36th Street.

The victim suffered a cut to her forehead. She was rushed to NYU Langone Hospital-Brooklyn.

She was treated and released.

The attacker is described as a man in his 20's, with a medium complexion, approximately 5'7" tall, weighing 130 lbs., with a slim build and a ponytail.

He was last seen wearing a grey sweat jacket with the 'Thrasher' logo on the front, a white t-shirt, a black knit cap, orange belt, blue jeans, black sneakers, and a necklace with a crucifix.