Search underway for teens who broke into subway car, played with its controls 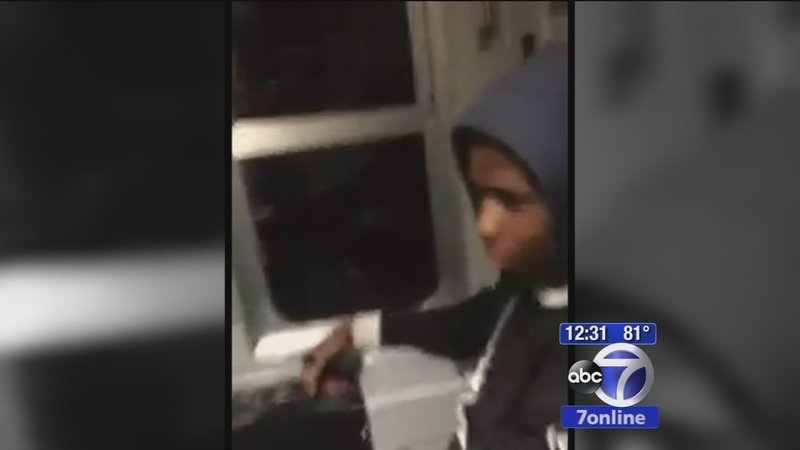 NEW YORK (WABC) -- A search is underway for teenagers who broke into the rear car of a moving subway, and started playing with its controls.

A video posted to Facebook shows teenagers hitting buttons and blowing the horn. Eyewitness News does not know where that video was shot, or who is responsible for it, but the MTA is working with the NYPD to find and charge those who are responsible.

It is not all that uncommon for the rear car to be empty. The conductor at the other end of the train was essentially doing his job, but on the video, you can see teenagers banging on the control panel. Another teenager reaches in and bangs on the horn. Eyewitness News believes the teenagers broke into the train. In a statement this afternoon, the MTA said that this was illegal, and that they are working with the NYPD to track down the teens and arrest them. There was no danger to customers , as they cannot control a train from a rear car.

Authorities say they do have information on the original poster of the video to Facebook, and perhaps through that information it will lead them to an arrest. The teens will likely face trespassing charges.