Subway conductor sucker-punched on train at station in Brooklyn 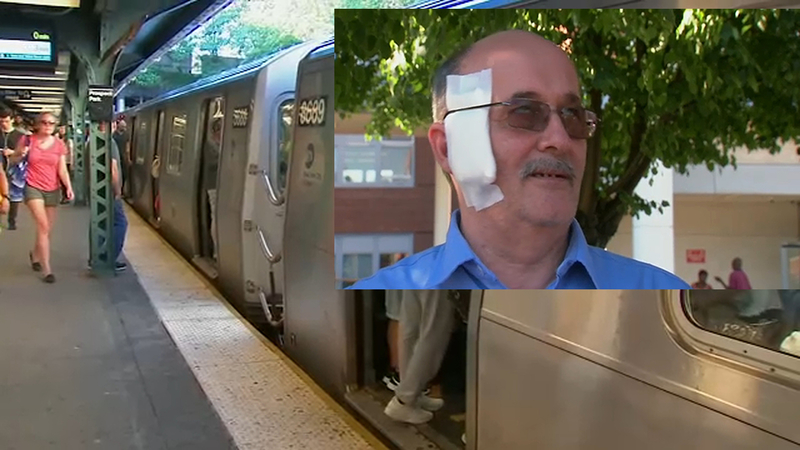 PROSPECT PARK, Brooklyn (WABC) -- Police are searching for an attacker after a subway conductor was assaulted at a station in Brooklyn.

Every day, on every subway line in New York, the conductor scans the platform, moments before the train leaves the station. But conductor Frank Sbano has bandages across the whole right side of his face after he was sucker-punched aboard the Q train.

Frank says the punch came out of nowhere. It happened at noon Tuesday in the Prospect Park station. He says he fell backward into the train and has no idea who hit him or why.

What's more, there's apparently no known video of the attack because there are no surveillance cameras aimed at the conductor.

Riders say the attack, seemingly random and unprovoked, was shocking.

"People just get completely frustrated and it's not the train conductor's fault because at the end of the day that's just their job," said Q train rider Brian Martinez.

Conductors say it's something they worry about.
"Especially when there are delays and I've heard a lot of stories about that. Fortunately it hasn't happened to me yet," said one conductor.

Union officials say Frank Sbano is the ninth transit worker assaulted in less than a month. They're calling for more cameras, even a pilot program for bodycams.

"Right now I do not want to get on the train because I'm afraid it's going to happen again," said Sbano.

Frank was released from the hospital traumatized, but not seriously hurt. The MTA chairman is vowing to increase safety but is offering no specifics.