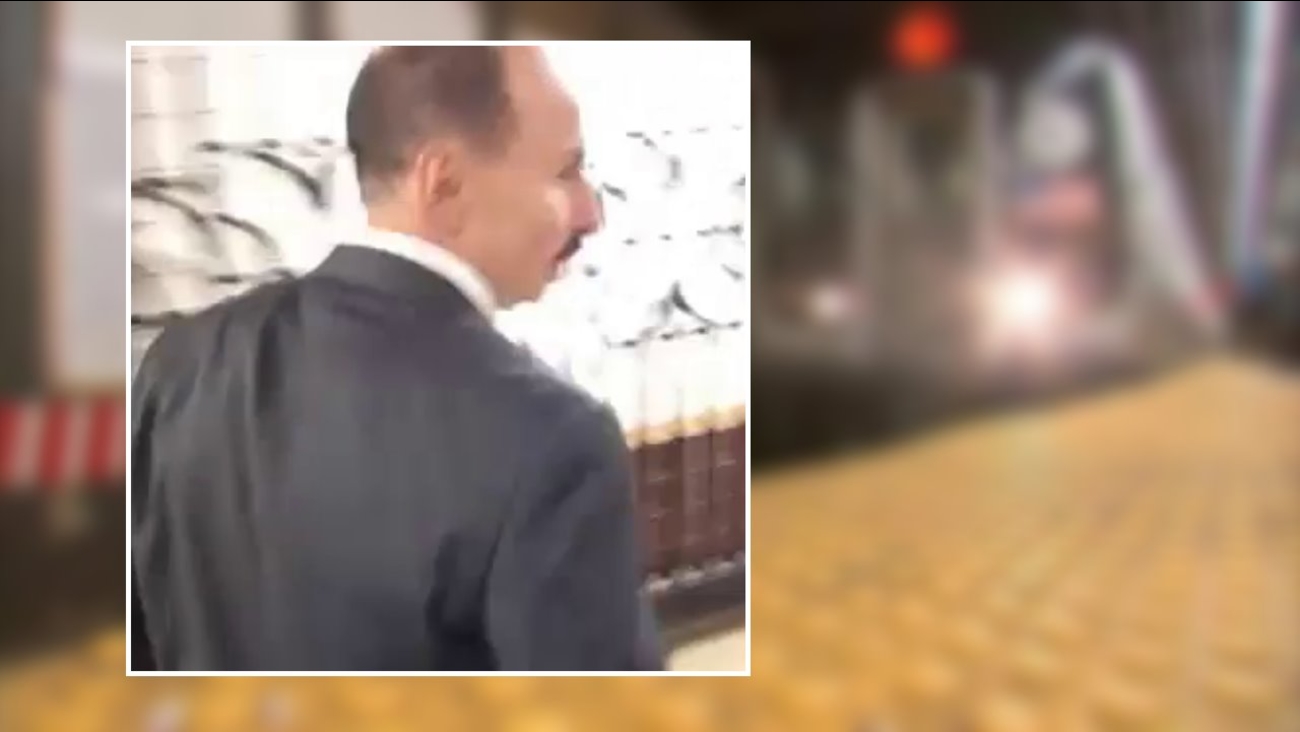 NEW YORK (WABC) -- A retired NYPD officer from Staten Island is accused of pulling a gun on subway rider after allegedly getting caught fondling himself on the platform in Manhattan.

Steven Esposito, 56, has been arrested and charged with public lewdness and menacing. He was arrested Wednesday after the NYPD released video of the person they were looking for earlier in the week.

According to police, a woman standing at the downtown Fifth Avenue-N/R subway station heard a hissing noise behind her while waiting for a train just before midnight on Monday. When she turned around, she allegedly saw Esposito fondling his genitals, which were outside of his pants.

At that point, police said Esposito started to leave the station and the woman who saw him started crying. A man who was nearby asked the woman what was wrong, and after explaining what happened, the man took out his cellphone and began to follow Esposito while recording video.

As Esposito and the man following him got near the exit, police said Esposito pulled out a black handgun and pointed it at the man, telling him to "mind his own business." He then left without incident and arrested two days later.

The NYPD said that a retired police officer, Esposito is permitted to carry his weapon.