Graffiti vandals cover subway cars in a rainbow of colors 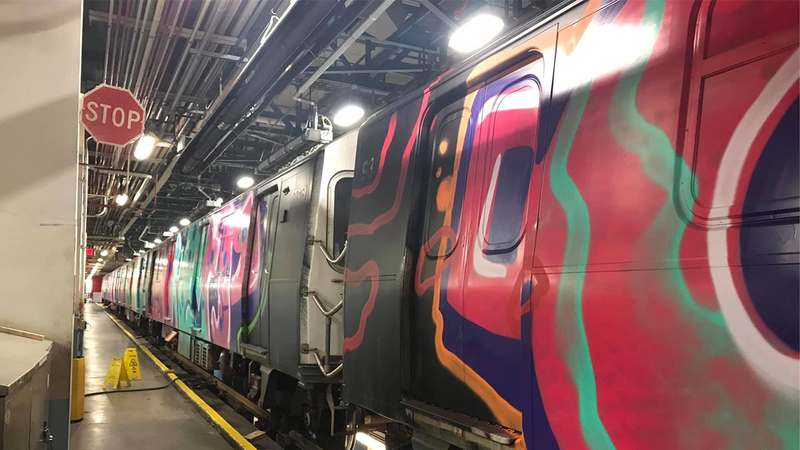 The transit-worker group Progressive Action posted the photos of the trains on Twitter on Monday.

20 Jamaica train cars hit with graffiti over the weekend according to Joe Campbell. The truth is if graffiti artists have the time to do all this work, then there’s more than enough time to sabotage the system or equipment in other ways. This @MTA @NYCTSubway system isn’t safe. pic.twitter.com/WXVHVrLXy5

The group claims graffiti covered more than 20 train cars at Jamaica Yard in Queens, but the MTA says only 11 cars were vandalized.

"We have zero tolerance for these incidents, which take passenger trains out of service and take away valuable resources and thousands of dollars from critical system improvements," MTA Chief Safety Officer Patrick Warren said. "New York City Transit continues to work closely with the NYPD to hold those accountable for these incidents to the fullest extent of the law as the safety of our customers and employees is our top priority."

Major graffiti incidents fell in 2019 after five years of rising. Last year, 297 incidents were reported - more than four times as many as the low point of 71 recorded in 2012.