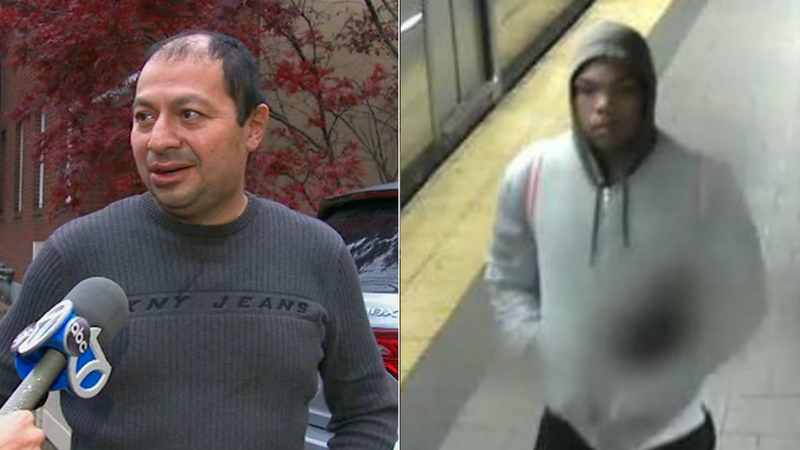 LOWER MANHATTAN, New York City (WABC) -- Police are searching for a suspect after a man was pushed onto the subway tracks at the Brooklyn Bridge station in Lower Manhattan.

The 55-year-old victim from Staten Island told police he was pushed off the northbound 4, 5, 6 platform around 7:45 a.m. Friday.

Edwin Pinez said he was on his way to his delivery job on the Upper East Side and was minding his own business -- he wasn't even on his phone -- when somebody grabbed him from behind and pushed him onto the tracks.

He said the suspect didn't even say a word.

Other subway commuters helped him back onto the platform before a train arrived.

Pinez said he is grateful to those good Samaritans and relieved to be home with his family. He says he feels lucky and is just happy to be alive.

He was treated for a cut to the lip at New York-Presbyterian Hospital/Lower Manhattan.

Witnesses told police the suspect fled the station after the incident. Pinez said he wants him caught quickly.

"If he can do this to me, he could do this it anybody," Pinez warned.

UPDATE: Police have arrested 20-year-old Jakim Jeter in connection with this incident. He is charged with second-degree attempted murder and first-degree assault.