Man slashed in face on subway platform in East Harlem 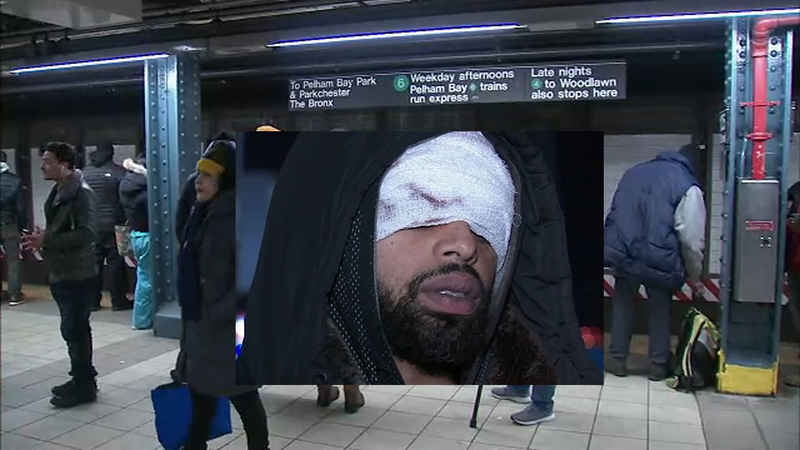 Man slashed in face after bump on subway platform

EAST HARLEM, Manhattan (WABC) -- Police are searching for the attacker who slashed a man in the face after an accidental bump on a subway platform in Manhattan Thursday.

It happened just after 4 p.m. at a crowded subway station at 125th Street and Lexington Avenue in East Harlem.

34-year-old John Kramer bumped into another man on the platform, who then pulled out a sharp object and slashed him.

The victim said he wants the man to be caught. "People like that don't need to be on the street," said Kramer, speaking exclusively with Eyewitness News.

Kramer said he was slashed across his forehead and behind his left ear. Cell phone video showed him on the platform, badly bleeding and in shock.

The call triggered a large police response after the suspect fled the station and escaped. John was rushed to St. Luke's Hospital where he was treated and released.

Overall, crime in the New York City transit system is rare. Although robberies and assaults happen, there are just six crimes a day on average, in a system that carries six million daily riders.

Yet people we spoke with say they worry. "That just proves to you that anytime, anywhere something can happen," one rider said.

The suspect is described as a man in his 30s, wearing a black jacket, orange hoodie and blue jeans.