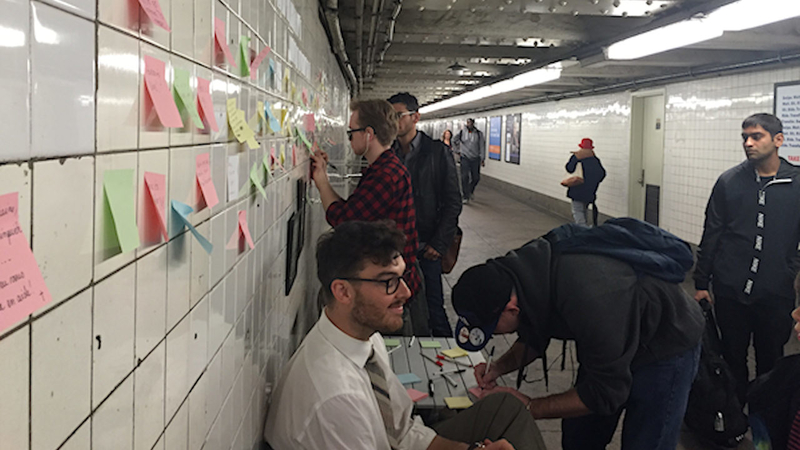 'Subway Therapy' allows for venting about the election

New York Historical Society will partner with the Metropolitan Transportation Authority to preserve the spontaneous installations.

Artist Matthew Levee Chavez started the project in subway stations including the underpass that connects the 1 train to the L at 14th Street and 6th Avenue.

"Because of how stressful the last couple of days were, I thought it would be nice to have something that people could do really quickly so they could maybe get something off their chest," Levee said shortly after Donald Trump won.

The project actually started before the election to give people the chance to get anything off their chest that they wanted.

Thousands of New Yorkers expressed their thoughts and feelings about the future of the nation on sticky notes in subway stations across the city since the election.

"Over the last six weeks, New Yorkers have proved that we will not let fear and division define us. Today, we preserve a powerful symbol that shows how New Yorkers of all ages, races and religions came together to say we are one family, one community and we will not be torn apart," said Governor Cuomo.

I'm partnering with @NYHistory & @MTA to preserve the spontaneous subway art that has popped up in recent weeks https://t.co/iJ4ufd5WR2 pic.twitter.com/HD6Nqk3uCN

Beginning Tuesday (December 20, 2017) through Inauguration Day on January 20, 2017, members of the public can continue to participate in the project by placing sticky notes on the glass wall inside New-York Historical's front entrance on Central Park West at 77th Street.

The New-York Historical Society will preserve a large selection of notes as part of its History Responds Program. 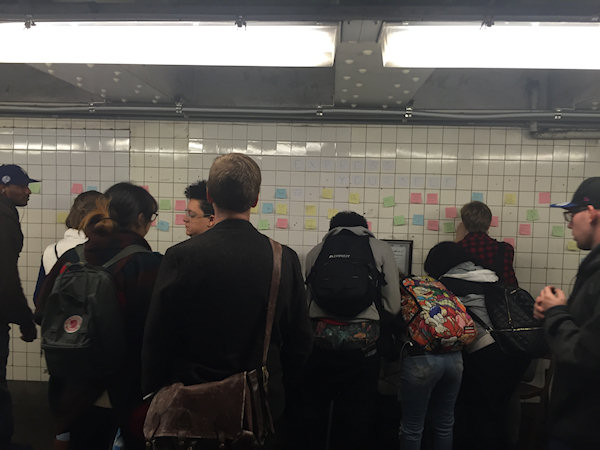 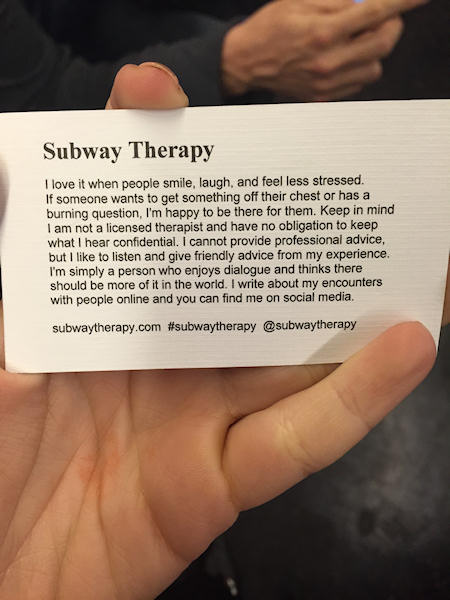 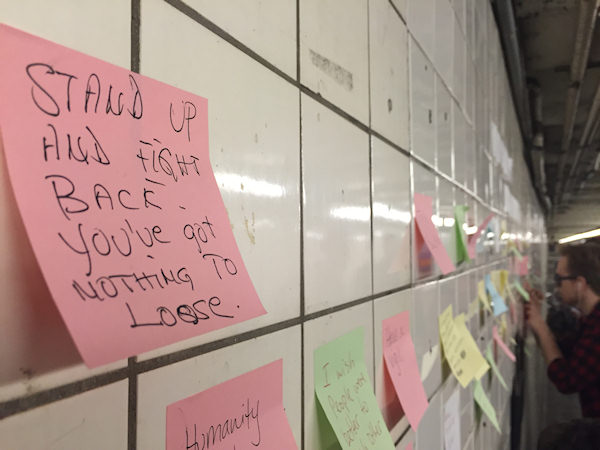 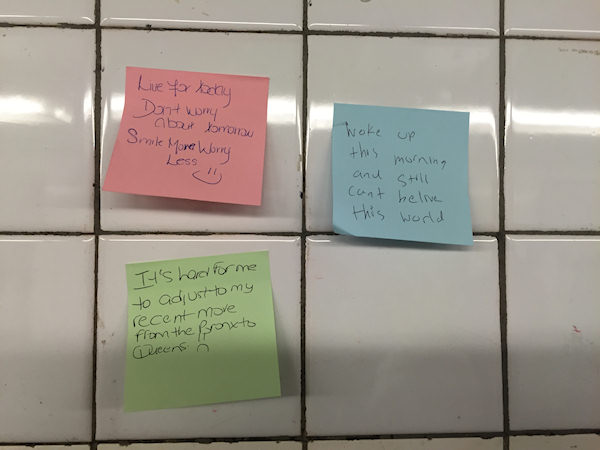