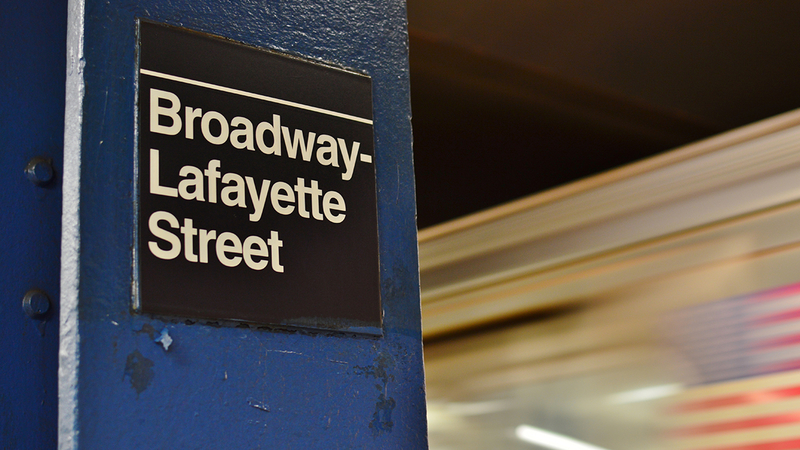 NOHO, Manhattan (WABC) -- A homeless man is under arrest after he allegedly pushed another man onto subway tracks during an altercation in a Manhattan station.

It happened during an assault on the platform at the Broadway-Lafayette Street station in NoHo around 10:05 a.m. Thursday.

The 30-year-old man was pushed onto the track roadbed, but made no contact with the train. He was assisted back to the platform by police.

Video from Twitter apparently shows the attack in progress.

@NYCTSubway man being attacked by group of men at Broadway Lafayette pic.twitter.com/EcFbPWHkpV

He sustained a laceration to the head and was transported to the hospital, where he is expected to be treated and released.

The suspect, 41-year-old Nathaniel Brown, was immediately surrounded by other passengers who physically restrained him until police arrived.

He was taken into custody and transported to Beth Israel Medical Center to be evaluated.

Brown, who was shirtless at the time of the attack, has been charged with assault and resisting arrest.

At the time of his arrest, he was in possession of a cell phone that he is believed to have stolen from another subway rider earlier in the morning, police said.

Brown is also charged with grand larceny and criminal possession of stolen property.

A police officer sustained a minor wrist injury taking him into custody.

Southbound B, D, F and M trains were briefly delayed but are running normally.