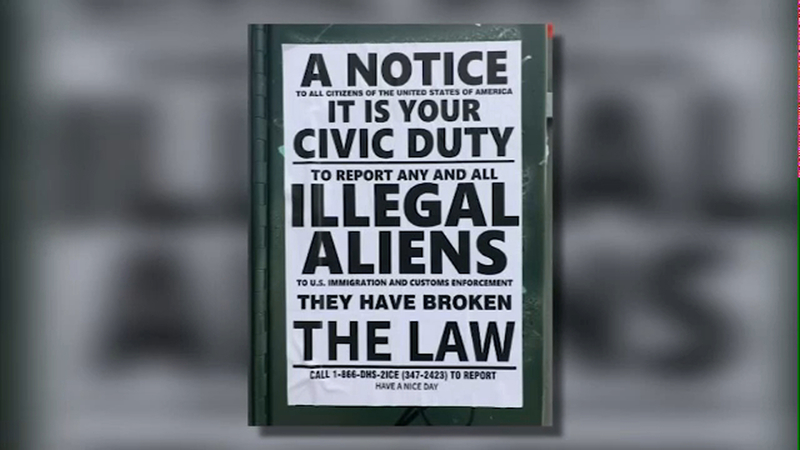 SUNNYSIDE, Queens (WABC) -- There is outrage over some anti-immigrant fliers that were found posted in Queens.

The signs urge people to report undocumented immigrants to the government, calling it "civic duty".

The posters are turning up in Sunnyside Queens, an ethnically rich neighborhood in a city full of immigrants

"We are the home to so many immigrants from so many different countries, speaking so many different languages," said New York City Councilman Jimmy Van Bramer. "That's what makes Queens so unique and so special."

But it seems someone doesn't quite agree. While out on a jog this weekend, Van Bramer says he was shocked to see a flier posted on Skillman Avenue that called on residents to report undocumented immigrants

"It drew my attention because it looked semi-official,:" he said. "And then I started reading it and I really got chills. "

The councilman says he promptly tore down the flier and tweeted the incident.

The number at the bottom of the poster is a legitimate number for Homeland Security. It's not clear if any tips were actually reported.

The councilman says a white supremacy, neo-Nazi group from Texas has claimed responsibility for the flier. Two have been ripped down so far.