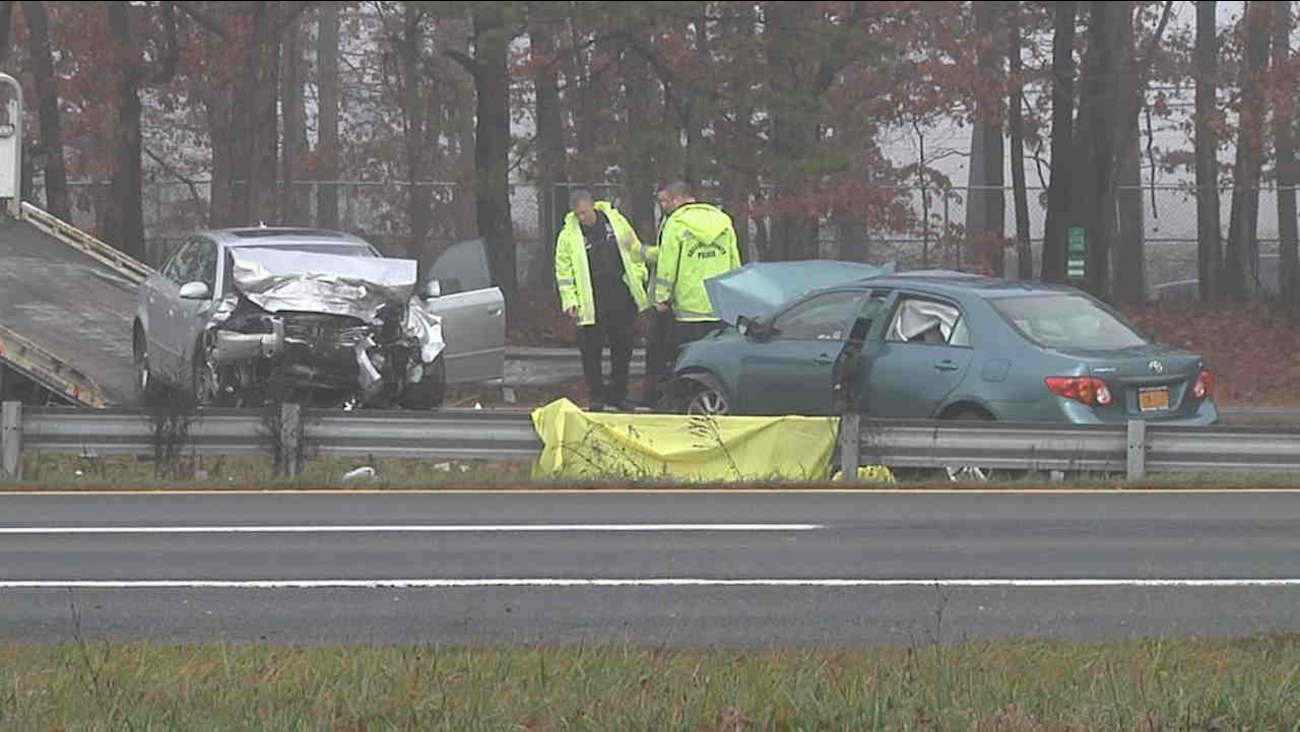 SHIRLEY, Long Island (WABC) -- One person was killed in a head-on, wrong-way crash on the Sunrise Highway in Shirley on Wednesday.

Around 5:30 a.m., a man was driving a Toyota Corolla in the left lane of westbound Sunrise Highway when his vehicle was hit head-on by an Audi traveling eastbound in the westbound lanes.

According to the Suffolk County Police Department, the driver of the Corolla was pronounced dead at the scene. The driver's name is being withheld pending notification of next of kin.

The driver of the Audi, Christopher O'Brien, 54, of Port Jefferson Station, was arrested and charged with DWI.