4 injured, including child, in multi-vehicle crash in Brooklyn 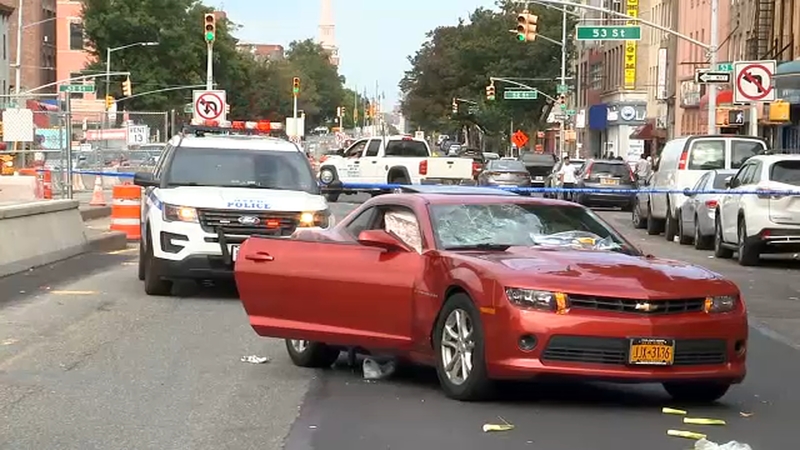 4 injured, including child, in multi-vehicle crash in Brooklyn

SUNSET PARK, Brooklyn (WABC) -- Police are investigating after at least four people -- including a 5-year-old child -- were injured during a multi-vehicle crash in Brooklyn.

The incident was reported at 54th Street and 4th Avenue in Sunset Park on Monday just before 2:30 p.m.

Authorities say a Chevrolet Camaro with five teenage girls inside ran a red light at the intersection and hit a Chrysler minivan that had a man and his 5-year-old son inside.

The Camaro then hit a pedestrian -- a woman in her 40s -- walking in the crosswalk at the intersection, officials say.

One of the passengers in the Camaro, the father, his son and the pedestrian all went to NYU Langone Brooklyn where everyone is expected to survive.

The driver of the Camaro stayed at the scene and was given a summons for striking the pedestrian. A third vehicle, a Honda Pilot, was also damaged in the crash.