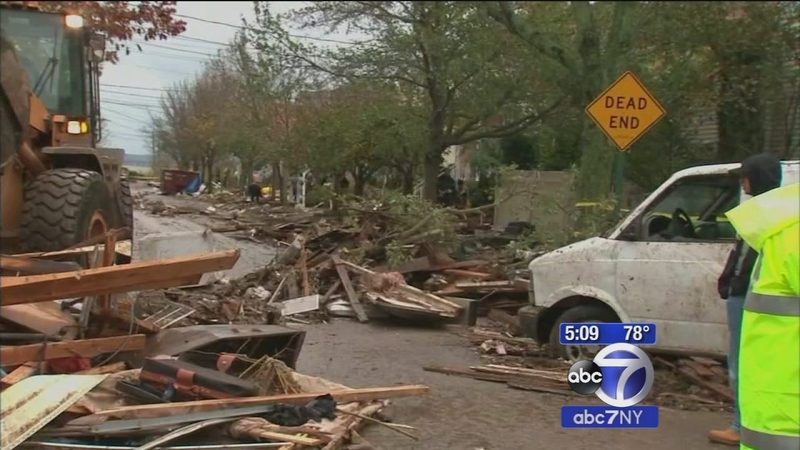 Sandy is now considered the second costliest storm in U.S. history. In parts of Lower Manhattan, there were 14 feet of water and seven subway lines under the East River shut down.

Thursday, the mayor helped put together go bags with flashlights and batteries and announced the city will spend $100-million on a new effort to build berms and flood walls to try to hold back the East River.

"For people in this community it's very vivid, what it means, there is still a threat out there and we don't take any of it lightly," Mayor de Blasio said.

We don't know yet what the berms and flood walls will looks like, but the city is spending the extra $100-million in hopes of attracting even more federal money, anything to protect lives and some of the world's most expensive real estate.

"Oh it could definitely happen again. We're in a red zone, on a hill that goes down, so I'm on the top but all these other buildings back here get flooded," said Lourdes Bahne, a Lower East Side resident.

"Do you worry about it happening again?" Eyewitness News asked.

"Yeah! I'm scared of working at the river because I'm scared a lot," said Milagros Espinal, a Lower East Side resident.

The mayor's announcement comes on the 10th anniversary of Katrina, and only a couple of months from the third anniversary of Sandy; storms that have forever changed America, and how we respond to warmer, more volatile weather.