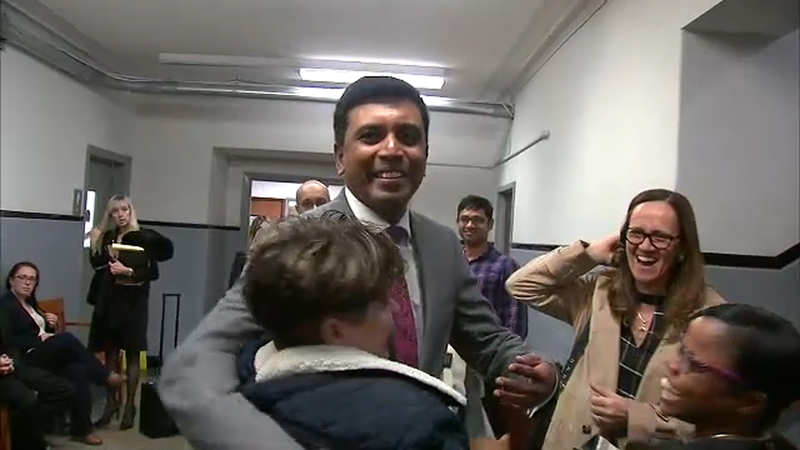 EAST MEADOW, Long Island (WABC) -- It was an emotional day outside a Nassau County courtroom Tuesday as a well-known surgeon was cleared in a case of felony strangulation.

Dr. Venkatesh Sasthakonar, 44, was accused back in January of trying to strangle a 51-year-old nurse at Nassau University Medical Center.

The Nassau County District Attorney's Office now says that after thoroughly reviewing the case and the surveillance video, there was not enough evidence that any crime occurred.

According to the original complaint, the nurse had failed to follow proper protocol during a surgery, and the bariatric surgeon then took an elastic cord from a sweatshirt and attacked her, saying, "I should kill you for this."

Dr. Sasthakonar has consistently maintained his innocence and said the nurse made the whole thing up. On Tuesday, he was emotional as he was joined by numerous patients, colleagues, and his wife, who were there to support him.

"What happened to me didn't hurt me," he said. "What happened to (my wife) and the kids is what hurt me...I thought being a good person could protect you against bad things happening to you, against evil. I don't trust that anymore."

The doctor is now returning to work and contemplating a civil suit.

There is no word on whether any criminal charges will be pursued against the nurse.