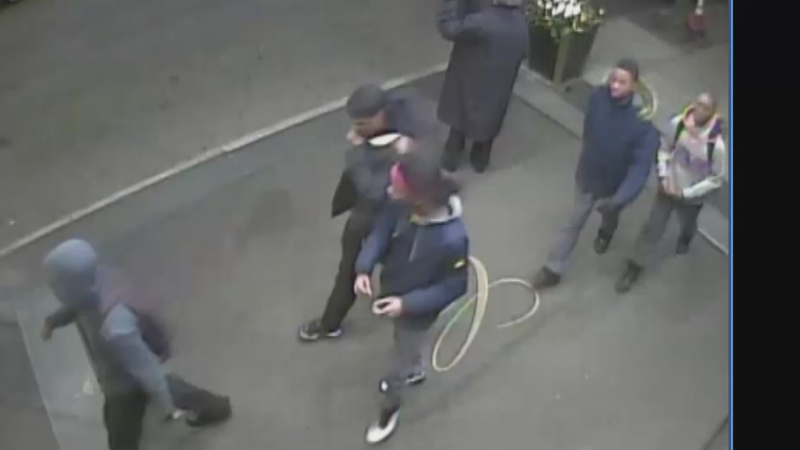 Group of men wanted for string of robberies in Manhattan

The five men seen in the surveillance video are accused in three armed robberies on Monday on the Upper East Side and in Central Park.

The first incident happened on Monday, December 7th at 1:09 a.m. A 29-year-old man and a 27-year-old woman were walking past 201 E. 89th Street when they were approached by the group of men who simulated a firearm.

The suspects took the man's cell phone and the woman's purse before running away. They then used the victim's credit card at a nearby White Castle.

Then, much later that same day, at 11:15 p.m., a 33-year-old man was walking along a pedestrian path inside Central Park near West 95th Street and West Drive when he was approached by the group who had a gun.

They took the victim's book bag that had a cellphone, money, and credit cards inside.

Just 20 minutes later, the group approached a 45-year-old woman and a 26-year-old woman also walking along the running path inside Central Park near West 91st Street and West Drive. They say two of the men in the group had guns.

They suspects stole the women's purses and then took off.

Most recently, the group is wanted for a robbery in Central Park Thursday night where they pushed a 19-year-old man and stole his cell phone. It happened near E. 73rd Street and East Drive around 7: 21 p.m.

Fortunately no one was hurt in any of the robberies.

Police say one of the suspects has been identified as 20-year-old Blake Carrington. 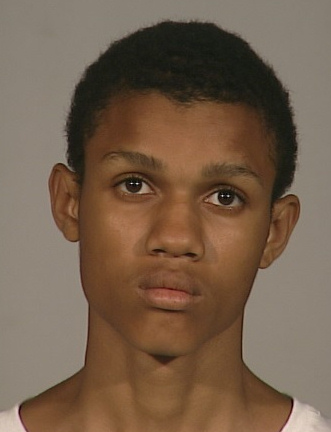