Brazen thieves imitate 'The Town,' but make key error to get caught 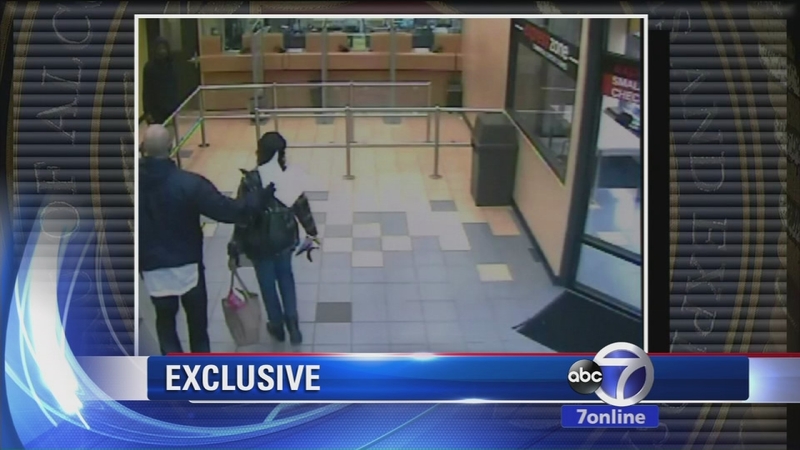 QUEENS (WABC) -- The series of heists was so daring, you'd expect to see it only in the movies.

Like in the movie "The Town," in which a crew of thieves led by Ben Affleck terrorize south Boston, dressing up as nuns, wearing Halloween masks, even impersonating cops to get away with millions.

"I believe they thought they got away with it," ATF Special Agent Charles Mulham said.

Three guys from Queens took their cues from Hollywood. In surveillance video, the men are seen copying "The Town" dressing as cops and parking at a check cashing store in Springfield Gardens, while waiting for a clerk to arrive at work.

"She pulls into her usual spot. These three individuals get out of the truck and approach her," ATF Special Agent Ayesha Winston explained.

Winston works undercover and asked that we conceal her appearance.

The three assailants made no effort to cover their faces. One did all the talking.

"He shows her a series of photographs. And one of those photographs was a photograph of her house," she said.

Another trick ripped right from the movie to show the clerk, they knew where she lived.

Once inside, they pulled a gun, emptied the tills and ransacked the safe, leaving minutes later with two hundred thousand dollars in cash.

Except like most criminals, it was a stupid mistake that did them in. In this video, pay close attention to one spot, as a piece of paper drops to the floor. Turned out to be the photograph they'd shown their victim. And the code on the back of the picture led NYPD detectives to a Walgreens just a few miles away.

That's where their luck ran out. The group's ringleader paid for that print in his own name. It turned out the fake white cop with the goatee was actually Akeem Montsalvage, who lived just blocks away. Prosecutors say Montsalvage, Edward Byam and Derrick Dunkley had dropped thousands on masks.

The masks were so realistic, Byam emailed enthusiastic thanks to the manufacturer. "Will definitely be doin business with you in the future," he wrote. "The realism is unbelievable."

"To have all that planning, and then the irony here is to have that one photo drop. That was the hammer. He's gotta be just kicking himself," Mulham said.

But as Agent Winston built her case, the three thugs were living it up. Flaunting stacks of cash in Cancun, posing with their diamond encrusted Rolexes, and one of them wearing a t-shirt depicting a scene from their favorite movie.

"It's like a movie script itself. And I believe he wants to live a life that's part of that movie script," Mulham said.

In the end, after agents swooped in, a jury convicted all three.

Their sentence: more than 30 years in prison for a brazen trio obsessed with a work of fiction that ran head first into a wall of reality.