Suspect arrested in Queens fire that killed woman in wheelchair 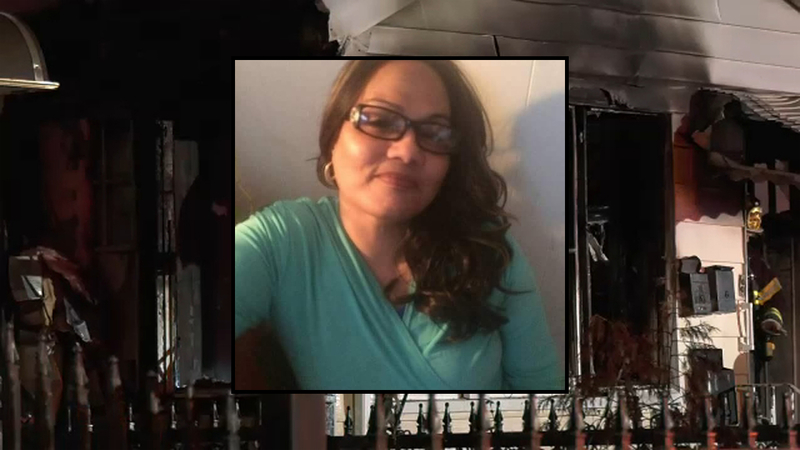 QUEENS VILLAGE, Queens (WABC) -- A tenant is under arrest in connection with a fire that killed a Queens woman who needed a wheelchair after suffering a stroke.

The cause of the fire has been deemed incendiary.

An investigation by Fire Marshals and NYPD Detectives revealed that the tenant was in the process of being evicted.

The suspect, 49-year-old Rampersaud Persaud, is charged with murder and arson.

Firefighters were called to the building on 219th Street in Queens Village as the flames quickly spread, and cell phone video showed the intense flames shortly after 11 p.m.

Authorities say 63-year-old Azmin Jaomin, a former security guard who recently suffered a stroke and lived in the home with the help of a home health aide, was found dead after the fire was extinguished.

"She had a massive stroke, too, so her left side, her foot and hand not working properly," her niece said. "Very nice woman, my aunt was a beautiful woman, beautiful. I'm so shocked to see that this happened to her."

The fire apparently began after the health aide left for the day, and Jaomin was trapped inside the home on the first floor and unable to get out.

"It was painful," a relative named Shafrion said. "It was really hard for us, because I've known this girl since I was little, little child growing up. I used to live with her when I got married. I used to stay at her house."

The home does have other tenants, including Shawn Rampersaud, who escaped the fire.

The medical examiner will determine the exact cause of death.