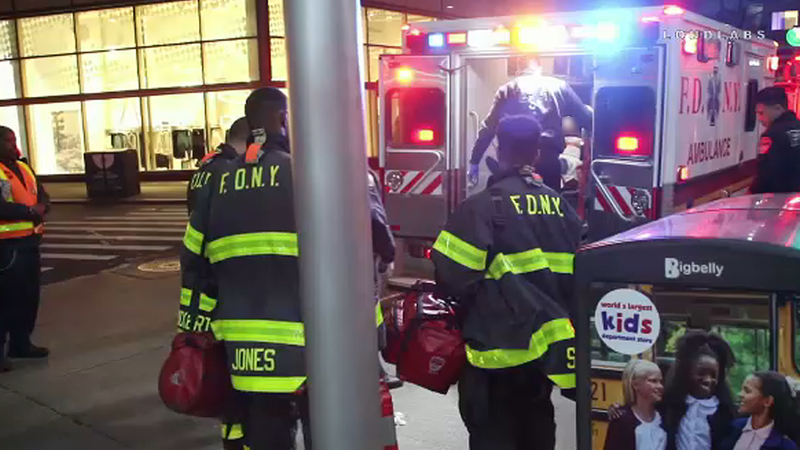 DOWNTOWN BROOKLYN, New York City (WABC) -- Police in Brooklyn are searching for the suspect who slashed a subway rider in the face.

The attack happened on a Manhattan-bound 2 train in Downtown Brooklyn, after police said the victim got into an argument with another man around 11:30 p.m. Wednesday.

Authorities say that other man then pulled out a box cutter, but at first, the victim was able to wrangle it away. It fell to the ground, allowing the suspect to pick it back up and slash the victim across the face from his eye to his mouth.

The victim got off the train at Hoyt Street, where witnesses saw him keeling over and bleeding on the platform.

"I think this is a sad situation, where this is happening more frequently in New York," eyewitness Alex Urbelis said. "We shouldn't have to see this. We shouldn't have to deal with it. It's scary when people are slashing each other, not even so late at night, on the 2, 3."

He was taken to Methodist Hospital in stable condition.

Subway riders say they were shocked.

"I feel like the subway's usually pretty safe, and I've never felt threatened on it," one rider said. "So I'm a little surprised, to be honest."

The suspect was described as a Hispanic man in his 40s, wearing a yellow jacket.