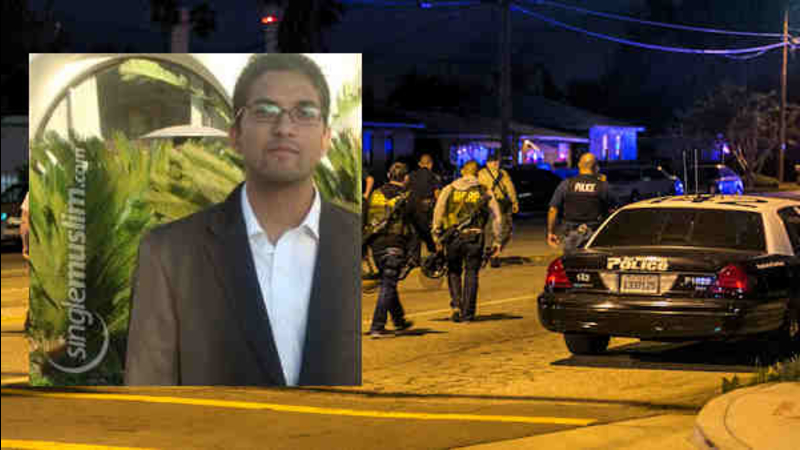 SAN BERNARDINO, Calif. (WABC) -- Details are trickling out about the two shooters believed to be responsible for the deadly mass shooting in San Bernardino, a heavily armed couple dressed in battle gear who allegedly opened fire on a holiday banquet.

Syed Farook, 28, was a county inspector, while 27-year-old Tashfeen Malik was a new mom. Together, they crafted a mission to murder his co-workers and create mayhem. Police say they killed 14 people and seriously wounded 21 others before dying in a shootout with police.

On the surface, Farook was living the life of a normal suburban family, with a wife, a baby and a government job. Nothing stood out that would have suggest that the husband and wife would erupt in a killing rampage, but digging deeper into their lives, you learn that the pair met through an online Muslim dating site while she was living in Saudi Arabia. Farook was born in the United States, and Malik entered the country on a fiancee visa. Besides their religion, the two had something else in common -- both had family in Pakistan and had traveled there last year.

"It appears he came back into the U.S. in July of 2014," Los Angeles FBI director David Bowdich said. "As I said earlier, I do not know all the countries he visited. We know he did go to Pakistan at one point. We know she is here on a K-1 Visa under a Pakistani passport."

After they arrived back from Pakistan, Farook continued to work as a restaurant inspector for San Bernardino County. Recent inspection reports written by Farook show he was meticulous and strict, citing one restaurant for simply leaving an open cup of ice water on a shelf. He also inspected swimming pools and was equally as tough, hitting one operator with a safety violation for not posting the pool hours.

At some point, he and his wife started building an arsenal of guns, pipe bombs and thousands of rounds of ammunition.

"Clearly, they were equipped," San Bernardino police Chief Jarrod Burguan said. "They could have continued to do another attack. We intercepted them before that happened, obviously."

But whether triggered by a workplace grudge or Islamic extremism, the attack in which Farook's wife helped do the killing is highly unusual. An FBI report on active shooter incidents says out of 160 carried out from 2000 to 2013, only six involved female shooters.

"What we have to consider is that she may be the radicalizing force in this group," said Katharine Gorka, of the Threat Knowledge Group.

Gorka has studied Islamic radicalization in the U.S. and says this attack, by a middle-class suburban couple, shatters the myth that poor, disconnected Muslims are more prone to extremism.

"It has much more to do with ideology," she said. "That has to be considered. Simply because Muslims in this country are prospering is not an inoculation against radicalization."

Police do not have a motive for the shootings.