Suspect shot and killed by NYPD officers in Brooklyn 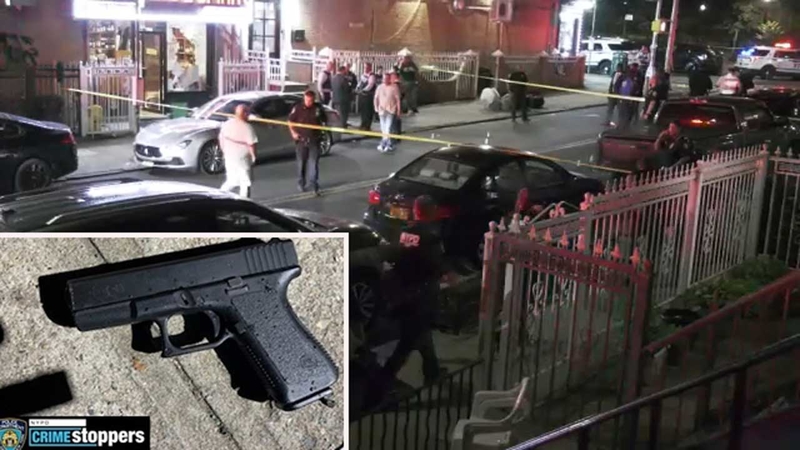 Suspect shot and killed by NYPD officers in Brooklyn

The victims directed responding police officers to the suspect, who was found down the block on Wilson Avenue.

The man refused orders to drop his weapon, and when he raised "the firearm in the direction" of them, they opened fire.

The 53-year-old suspect was struck and pronounced dead at Wyckoff Heights Medical Center.

He has seven prior arrests, including for gun possession and robbery.

His weapon was recovered at the scene, as were three other firearms.

The two officers and a sergeant, who were all in uniform, who fired were taken to Woodhull Hospital for ringing in their ears but were not otherwise hurt.