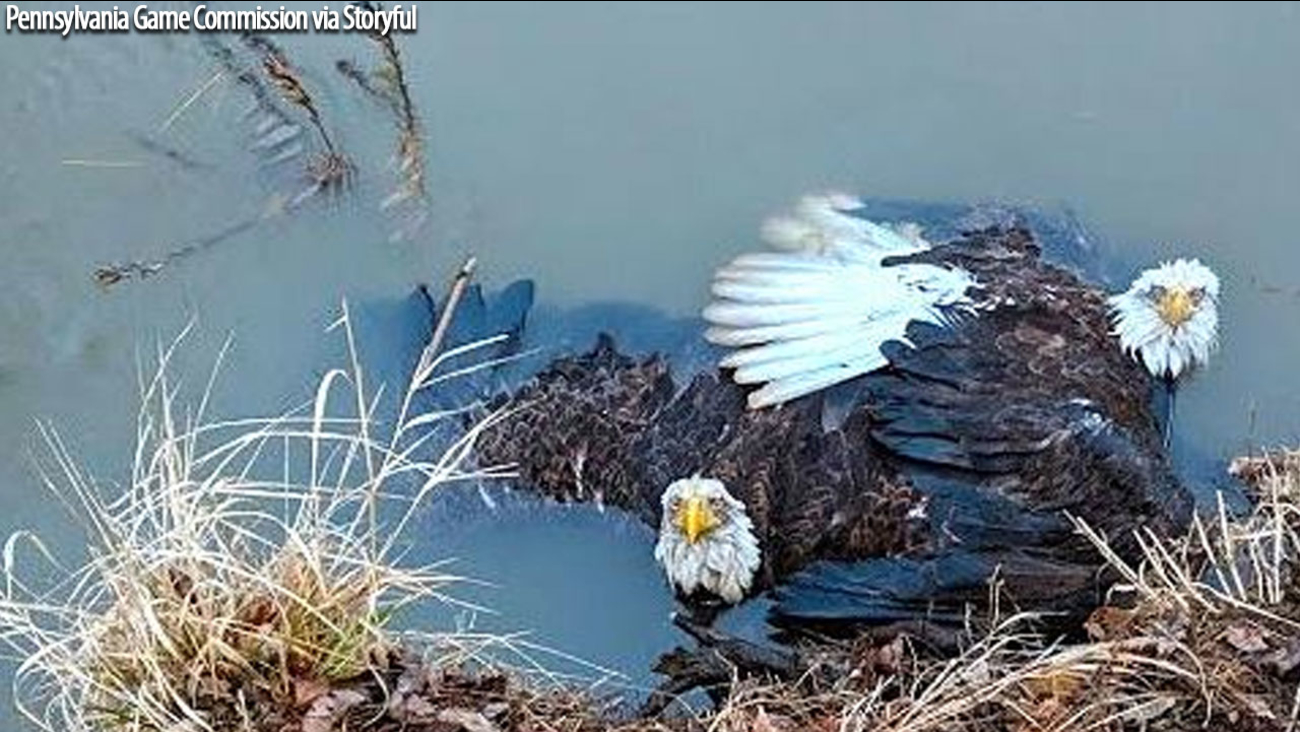 Two bald eagles were rescued after a concerned citizen saw them floating along the Susquehanna River in Bloomsburg, Pa.

"The eagles were likely fighting in the sky over territory and dropped to the ground near the river where they continued their battle. They seem to have tumbled into the water and would not, or could not, let go of their grip on one another," said Deiterich.

Deiterich, along with the help of police officers, used snare poles to carefully lift the eagles to dry land.

The birds may have been in the water for more than two hours, causing their muscles to lock.

However, when they were brought to the local fire department, they appeared to have no muscle damage.

After an hour in the warmth of the building, the eagles were eventually able to release their talons.

A bay door of the building was opened and both birds flew off.

The Pennsylvania Game Commission reminds citizens to contact their local game commission if you see an animal in distress.