Woman hit by SUV on Upper East Side in critical condition 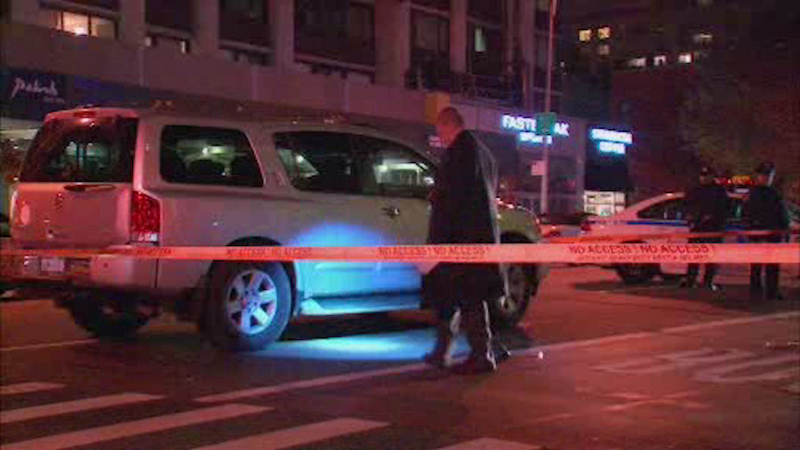 UPPER EAST SIDE, Manhattan (WABC) -- A woman was critically injured when she was struck by an SUV while crossing the street on the Upper East Side Monday night.

NYPD crash investigators pored over the scene for hours, trying to piece together the facts.

Late Monday night, cops revealed they believe the victim, a 66-year-old woman, had been crossing First Avenue, but not in a crosswalk, when the driver of a Nissan SUV turned onto First from 84th Street and rolled right into her.

The driver stayed on the scene. Charges, for now, seem unlikely.

The crash gave new urgency to a problem the de Blasio administration and the NYPD have been desperately trying to address.

Particularly in the 19th precinct on the Upper East Side, pedestrian fatalities have remained a persistent problem.

"These aren't numbers. These are loved ones," said Polly Trottenberg, NYC Transportation Commissioner, back in October.

Last month, authorities unveiled a new initiative called "Dusk and Darkness", to shed light on what seems obvious: That at rush hour in December, pedestrian fatalities are triple those in August, when the days are hours longer.

Tuesday, the NYPD will unveil a new system of tracking pedestrian deaths.

"I think at this point I'm kind of numb," said Robert Tse, the son of a crash victim.

For Tse, there is little hope for change. He lost his mom in a similar crash just a few blocks away from there, five years ago. He's lost all confidence the city will ever tame its streets.