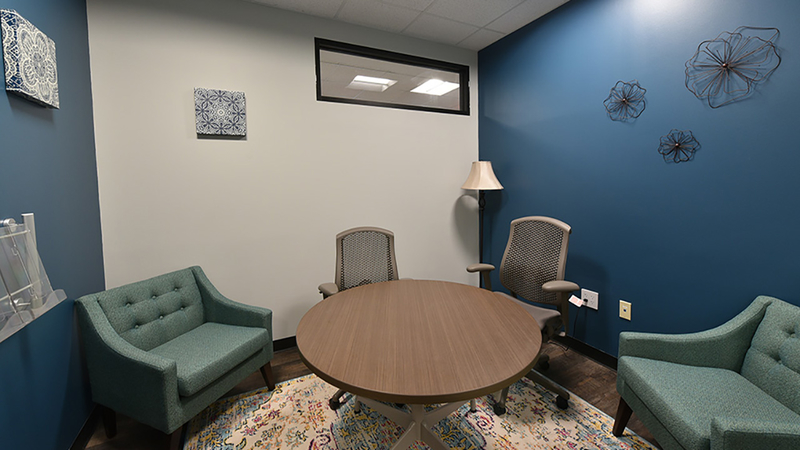 There is a brightly lit waiting area, comfortable seating, plant-lined interview rooms and soothing paint colors on the walls.

Believing design makes a difference, the NYPD has given the division a makeover as part of an effort to encourage sex assault and rape victims to come forward.

The new Special Victims Division center, at 137 Centre Street in Lower Manhattan, is part of a "victim-centered" approach, meant to make the experience of talking to detectives less intimidating and more private.

It may seem cosmetic, but NYPD officials believe a welcoming atmosphere is critical to getting victims to open up, and there were concerns that victims were hesitant to meet detectives in older, intimidating precincts that don't provide much privacy.

The changes come after the #MeToo movement brought a spike in rape reporting, and the city's Department of Investigation found SVU understaffed and ill-equipped to deal with a massive caseload.

RELATED: NYPD changes how it reports rape statistics following '7 On Your Side' investigation

At SVU's Brooklyn facility, there is a new paint job, landscaping, and more welcoming -- and more importantly, private -- meeting rooms. Previously, victims would meet with investigators at their desks in an open workspace.

Upgrades have been made in the Bronx precinct, Staten Island is undergoing renovations, and plans are in the works for a center in Queens.