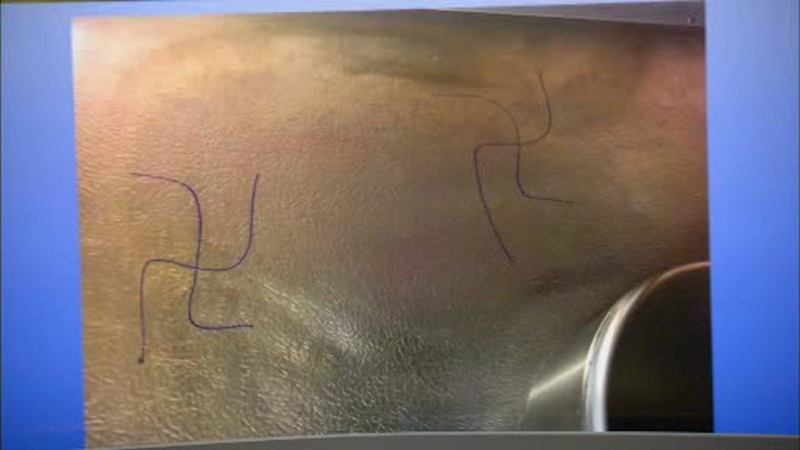 Swastikas were again found on a stair handrail and on a wall Dec. 7. On Dec. 16, multiple swastikas were found again in a men's bathroom.

During the investigation Tuesday, Nassau County Police said they found Saini drawing two swastikas on the exterior wall of Building H, and a KKK on the floor of F Building Cluster 225 at Nassau Community College.

Saini has been charged with aggravated harassment and will be arraigned on Wednesday in Hempstead.

The charges are connected with 110 anti-Semitic drawings, involving 10 cases at Nassau Community College, said Nassau Acting Police Commissioner Thomas Krumpter. Each count is punishable by up to four years in prison.

"It appears that this bigot was motivated by perceived slights of the Jewish community in his neighborhood in Plainview," he said.

Krumpter said in 2016, there have been 57 bias incidents in Nassau County; 40 of those involved graffiti. Police said Saini is responsible for more than 10 of those incidents.