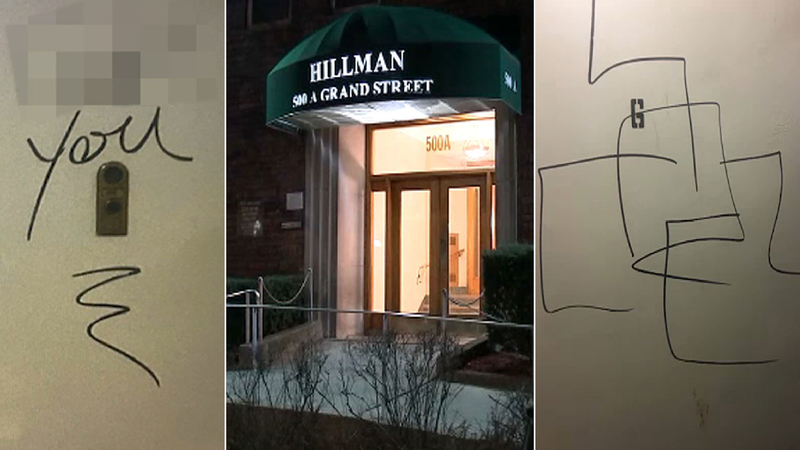 LOWER EAST SIDE, Manhattan (WABC) -- Authorities are investigating another case of anti-Semitism in New York City after swastikas were found scrawled inside an apartment building on Manhattan's Lower East Side.

What makes the crime particularly disturbing is that the symbols of hate were discovered on International Holocaust Remembrance Day.

Police say the graffiti was found Monday morning on multiple floors inside an apartment building on Grand Street and include swastikas, a Star of David, and offensive language.

The NYPD tweeted that they are conducting a "thorough investigation."
EMBED More News Videos

Derick Waller has details on the shocking discovery made inside a building on Grand Street.

The incident happened ahead of U.S. Attorney General William Barr's visit to Brooklyn, where he met with Jewish leaders in the wake of a string of high profile anti-Semitic hate crimes across the New York area.

That includes the attack inside a home in Monsey, Rockland County, last month, where a man stabbed several Jewish people during a Hanukkah celebration.

"We have learned if we ignore anti-Semitism, it gets license to grow," he said. "If we confront it, we can stop it. But we need to not only stop it, we need to stamp it out once and for all."

This year, International Holocaust Remembrance Day marked the 75th anniversary of the liberation of the Auschwitz concentration camp during World War II.