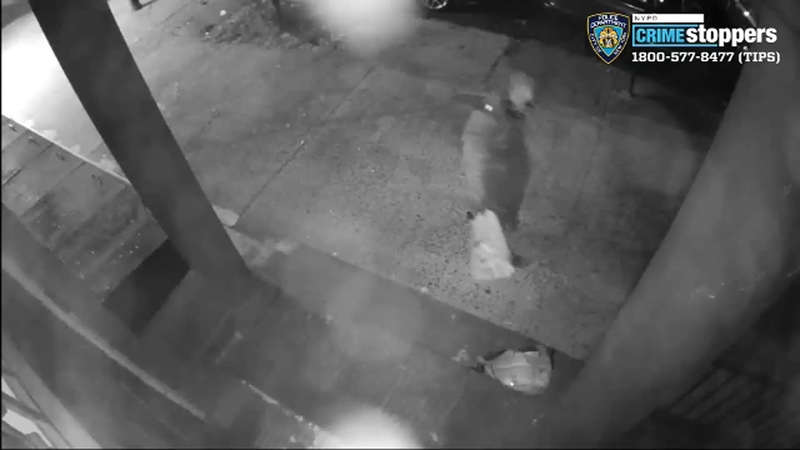 Search for man who set fire to backpack outside Brooklyn synagogue

PARK SLOPE, Brooklyn (WABC) -- There is new video of a man allegedly starting a fire outside a synagogue Brooklyn.

Police say the man set fire to a backpack and left it at the steps of the building just before 1 a.m. Wednesday, during Yom Kippur.

Despite the fact that this happened during the holiest day on the Jewish calendar and on the steps of the Park Slope Jewish Center, the NYPD is not investigating as a bias crime.

Still, security remained posted at the center on Thursday morning in the wake of the incident.

Investigators are working to identify the man seen on surveillance video setting the bag on fire and placing it on the steps on the center on 8th Avenue.

The FDNY quickly extinguished the flames.

The incident happened despite the fact that the NYPD had stepped up its patrols for the holiday.

They say they had 130 officers at various synagogues through the city and 25 additional police vehicles deployed.