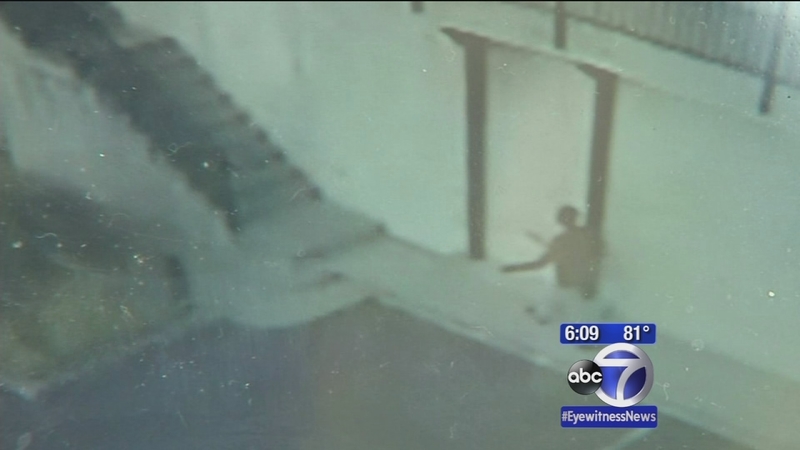 PATERSON, NJ (WABC) -- A temple in Paterson is hoping the public will help them catch a thief. A man, seen on surveillance video, stole copper piping from the air conditioning units at Templo Shalom on August 3rd.

Neftali Martinez says the thief caused up to $10,000 worth of damage. The surveillance cameras were put in because the temple has been vandalized three times since July 24th.

Martinez hopes that if anyone recognizes the man in the video or saw something the day of the most recent incident, that they will call police.

Church board member William Garcia was angry when he saw the security camera video showing a thief ripping off the piping from the air conditioning units.

The same man has allegedly vandalized the Paterson sanctuary three times in less than a month, apparently ignoring security cameras stationed at nearly every corner of the building.

"He's doing big-time damage to us for maybe two or three dollars worth of material. That's how much he's gonna make out of the material that he's taking from us," said Garcia.

In the most recent theft, one camera angle shows the suspect sizing up the temple from outside its wrought iron gates. Minutes later, another camera captured the man accessing the air conditioning units from the property next door.

He can be seen at one point jerking the pipe back and forth to loosen it. Then later, yet another camera catches him calmly walking away from the temple, stolen copper pipe in hand.

The stolen pipe has been replaced and the units are working again. The church estimates the damage at about $10,000, and new fencing and razor wire will be installed in an effort to make the units a less vulnerable target.

"You have guys in the street just trying to make a dollar, that's what they're doing," said Garcia.