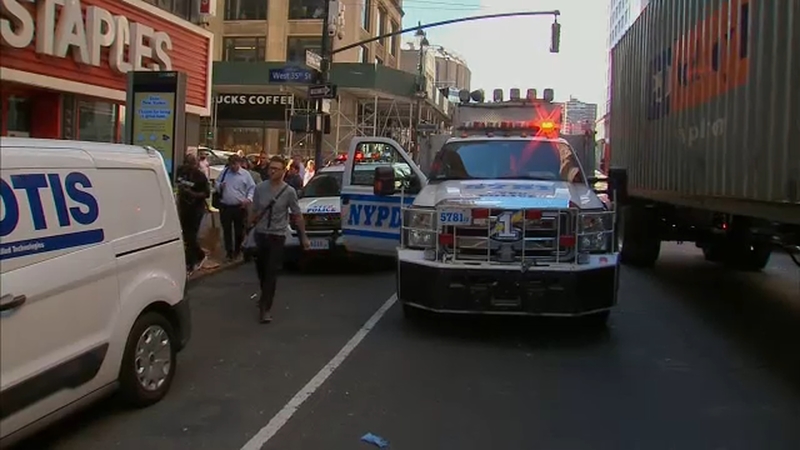 NEW YORK (WABC) -- One person slashed another after a fight in front of a Midtown Manhattan Taco Bell.

The two got into a dispute at or near a Taco Bell at Eighth Avenue and W 36th Street just after 8:45 a.m. Wednesday.

Witness claim that when the pair fell on the ground, then one of the men took out a box cutter and began slashing the other.

The victim was slashed in the face and hands but not seriously injured.

He went to Bellevue Hospital with non-life-threatening injuries.

The attacker fled south on Eight Avenue but was quickly taken into custody. His identity has not been released.