'Take Two' heats up the summer on ABC 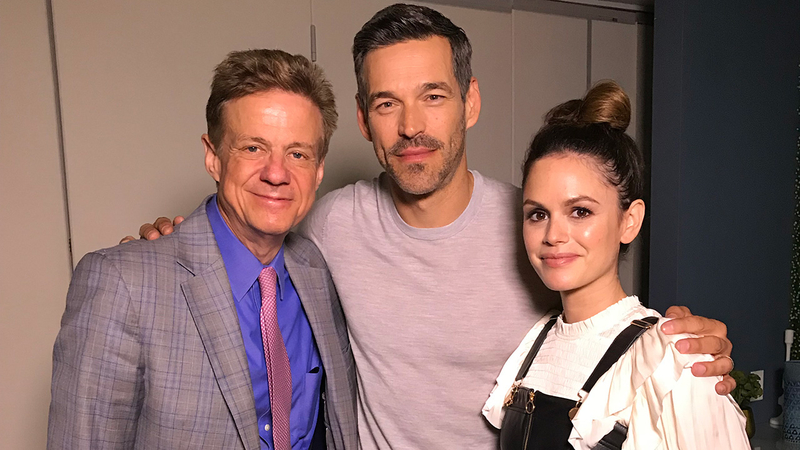 'Take Two' heats up the summer on ABC

NEW YORK (WABC) -- This summer, prime-time is getting a new take on the classic cop-drama.

"Take Two" doesn't take itself too seriously, and summertime is the perfect place for a show from the creators of the long-running hit "Castle." Their new show is a so-called procedural, with one case a week plus plenty of laughs, starring Rachel Bilson and Eddie Cibrian.

The title fits because their characters are each looking for a second chance -- Eddie is a former LAPD detective who now works as a private investigator, while Sam is an actress who is out of rehab and looking for a comeback. She finds her fastest route to redemption is to ride along with him.

Her agent explains that she is up for a role as a private investigator, and to study for that part, there's Eddie.

"He owes her manager a favor," Cibrian said. "It must've been a really big favor for him to say, yeah, she can shadow him for a little bit."
The PI is reluctant, to say the least.

"I'm not about to babysit a spoiled, out-of-control ego," his character says, while Sam replies she has not needed a babysitter since the age of 10.

"Sorry," he replies. "At your age, they call them sponsors."

The dialogue is inspired by a classic movie from Hollywood's Golden Age, and both stars watched "His Girl Friday" starring Cary Grant and Rosalind Russell before filming "Take Two."

Cibrian said he was struck by "the way they had kind of like this rapport and this banter. It's quick. It's witty."

The movie was made in an era when Bilson's great grandfather was a producer in Hollywood. She is the fourth generation of her family to work there.

"It definitely helped me," she said. "Because I think growing up around it, it's just something I was used to. It wasn't so foreign or so unobtainable in my eyes, because it was just what my family did."

And what she's doing this summer is providing an escape.

"Especially nowadays, with everything going on in the world, people kind of just want to sit back and relax and be entertained," she said. "Because who wants to pay attention to all the negative stuff when you can just sit back and enjoy yourself?"

Bilson is an actress playing an actress who's pretending to be a private investigator, but in real life, she is a mother of a daughter who will turn 4 in October. The father is her former companion, actor Hayden Christensen.