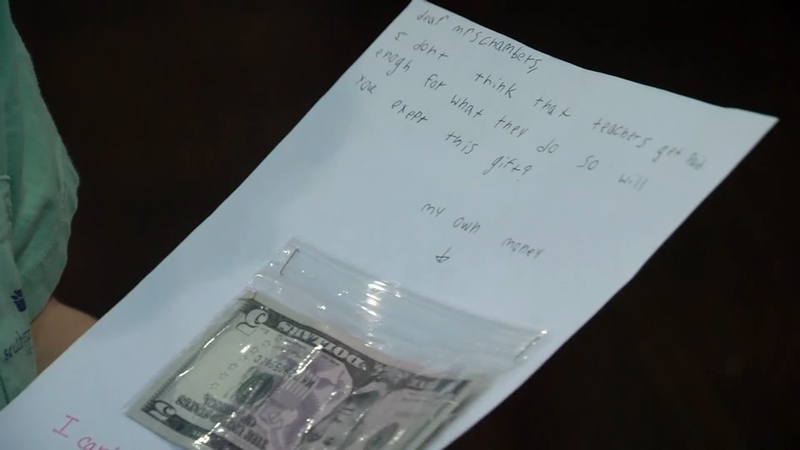 TAMPA, Florida -- Instead of buying a new toy or game, a Florida third-grader put his birthday money to good use.

Nine-year-old Parker Williams tries his best to live by the motto "pay it forward".

"I think more people should be nice, it's just a better thing to do than being mean," he says.

For Parker, the decision to do something good came easy, he says paying it forward meant a pay raise for the one person who he says has an important job -- his teacher.

"Well, I think she's a really kind teacher, and she has her own way of teaching and she spends time on everybody," Parker says.

So, he spent the $15 he received for his birthday on her.

He also added a thank you note, saying, "Dear Mrs. Chambers, I don't think that teachers get paid enough for what they do, so, will you accept this gift?"

"The first reaction was my eyes welling up with tears," says Parker's mom, Jennifer Williams.

Parker's mom and dad never knew about his pay raise plans, they found the note in his backpack along with his teacher's response.

She politely told him, "I can't accept this, but appreciate the gesture, Parker. Students like you are the reason I teach."

So, while the raise was returned, it was the reward, Parker says, that reminded him that paying it forward always pays off.

"It made me feel really nice and good," he says.