Tanker truck bursts into flames on highway in Pennsauken 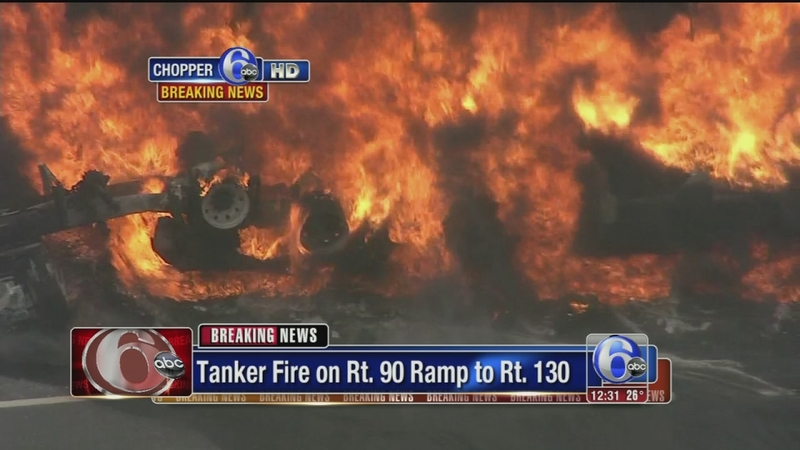 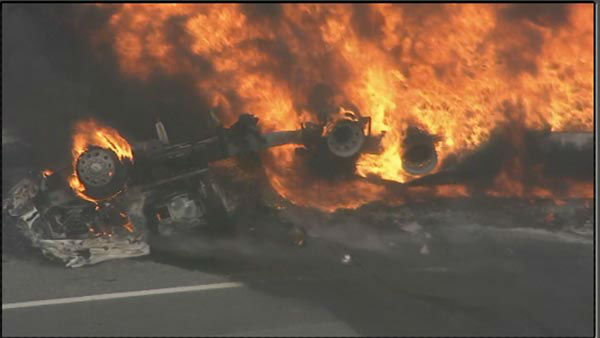 Video shows the truck burning just a few hundred feet from a neighborhood. The smoke could be seen 5 miles away in downtown Philadelphia.

Firefighters began dousing the truck with foam around noon, and it appeared to be out 10 minutes later, but it then reignited. Firefighters had it mostly under control again by 12:20 p.m.

Authorities say the driver managed to get out of the vehicle.

It's not clear what caused the truck to overturn.

Chopper 6 was over the scene where two fires could be seen burning after a tanker truck overturned and burst into flames in Pennsauken, New Jersey.